Setting the Looks for Dailies on Alpha 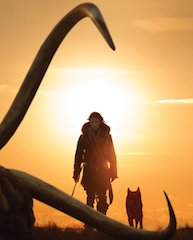 Digital Cinema Report: You worked on set for Alpha doing color. Can you describe your role and how you started to work with Albert Hughes and his team?

Christopher Ray: My job entailed setting the looks for dailies – the deliverables sent to editorial each day for online review. Working on a large production, it is extremely important to have a solid idea of what the overall look is during the early stages of the project as the typical editorial process can take around two years. I was brought on board about a month before the principal photography was established. This gave me ample time to develop a fluid workflow that could accommodate the demands of the feature.

DCR: How did you prepare for the project, and how do you typically organize a dailies session for a feature film?

CR: My first step is to always read the script. That way, I’m able to concentrate on the narrative – the most important part – from the start. I was lucky enough to stumble upon an extremely detailed look book in the production office. Between using both the script and the look book, I could visualize the desired pallet and tone of the project before we even shot a single frame.

I had the pleasure of working with Technicolor senior colorist Maxine Gervais. She’s really dialed in to the demands of our industry. She flew to Vancouver for a few days while we were shooting the hair/makeup tests, which is how we were able to form in-person communication. We sat down and discussed creative approaches to the feature right away, which I appreciated as I’m the type of person that likes to dive right in. 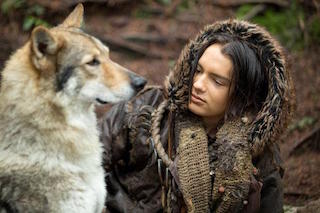 I worked very closely with our technical engineers to develop a workflow that could handle a project of this calibre. With the Alexa 65 being the hero camera, it was important to design the workflow around its needs.

Since the footage was so large (2.8TB per/hour) we opted to organize our process around one camera card at a time. Typically, footage is processed in a two large chunks: one for the first half of the day (break drive) and the other for the second half of the day (wrap drive). Given the length of time that it takes to ingest and checksum a single camera mag, it was crucial to start work on one while the others were ingesting. It wasn’t uncommon for us to have two XL Codex Vault machines ingesting up to 10TB of footage in a day.

Once the media was ingested, my assistant would log and sync it before I got started with the color grading process.

DCR: How did you work with Maxine during the shoot?

CR: Using the Base Linked Grade workflow, I was able to send Maxine single ArriRaw frames. She was able to grade these frames in Baselight and send full color grades back to me via BLG files.

The great thing about the BLG workflow is that every single operator in Baselight can be included in these files, even allowing for tracking and keyframe animation to be stored as well. This allowed us to get the dailies very close to the final look, even for complex scenes like day for night sequences. And even in the most remote locations, it was extremely easy and efficient for me to send and receive the BLG grade files via the internet.

Words can’t express the power the BLG has brought to strengthening the creative relationship between on-set color and final color.

DCR: How did you ensure consistency across the shoot, with different people working on different scenes?

CR: We started with just one unit as most films do; but after a few months, we added a second unit and then a splinter unit. There were also units in Iceland and South Africa shooting VFX plates. Several months after wrap, there were some re-shoots in LA, which was comprised of a whole different crew, so it was extremely important to have open communication and really stay on top of the film’s cohesive look.

Using the Gallery feature in Daylight, we were able to track the aesthetic of the project as a team. To get a bit more technical, the metadata sorting capabilities in Daylight – we used the Shots View and FLUX Manage paired with custom Daylight cursors – made the extremely complicated job of referencing large amounts of material a very efficient process.

DCR: What was the process like when reviewing the dailies for offline and VFX?

CR: On set, I was located in a grading trailer, so it was quite easy for people to stop in. This was an enormous advantage as it was incredibly easy for the director [Albert Hughes] and DP [Martin Gschlacht] to review the footage and the set color grades. I was also able to screen dailies with the executive producers in the trailer. Once the production team returned to LA, the main method of review was using a PIX Online system.

DCR: What was your overall experience using Daylight together with Baselight on this project?  Were there any particular features that stood out, or that you used very frequently? 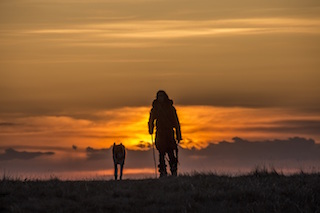 CR: An essential part of my grade was Baselight’s Hue Shift. From the beginning, we knew that a key element of the look would be desaturation, but we didn’t want to just suck the color out of the whole picture. Hue Shift allowed me to efficiently desaturate different color vectors in various scenes throughout the feature. Apart from that, Daylight and Baselight are incredibly powerful systems with color grading tools that have enormous capabilities. A decade ago, on-set colorists were not able to achieve the looks can be set in 2019. I truly feel that using these advanced tools, an on-set colorist can tap into their full potential for setting complicated looks.

I can’t express it enough – the whole concept of the BLG file allows us to interchange grades. It’s a total game changer.

DCR: What were the benefits of using Daylight’s flexible color space management?

CR: For this film we had several different units shooting all over the world, so color space management was essential in setting up an efficient universal color workflow.

We received footage in Arri Log-C, Red Log Film, Phantom Cine Raw, Canon C-Log and Sony S-Log3. Since the Alexa 65 was the master camera, we opted to use Log-C as our working color space and map the other color spaces into it using the input transforms in Daylight.

This ensured a smooth grading experience for matching each color space. The BLG file format also keeps the color management settings intact, allowing output transforms to be interchangeable for the preparation of different deliverables.

CR: One of the most enjoyable experiences working on Alpha was being able to stay in such beautiful locations. One of the coolest locations that I have ever had the pleasure of visiting was Alberta’s Dinosaur Provincial Park. The park is a UNESCO World Heritage Site and Alpha was the first film in history that was allowed to shoot there. At times, it felt like I was on a fabricated set – one made specifically for a prehistoric period piece. Overall, it was an awesome experience.