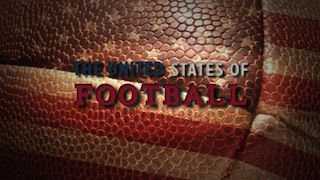 Screenvision has announced that it will distribute content for Digital Cinema Destinations (Digiplex). The first joint theatrical title will be the documentary The United States of Football, which will debut August 23 in a limited, exclusive release at Digiplex theatres and also at select locations in major cities, including New York, Los Angeles and Chicago. Starting August 30, the movie will have a wider release nationally on theatres in Screenvision’s network.

"Digiplex has positioned itself on the cutting-edge of theatrical exhibition innovation," said Screenvision CEO Travis Reid, "and we are very pleased to commence what we believe will be an exciting and mutually beneficial relationship with their team. In addition to distributing curated content from their DigiNext JV, we will also be booking a variety of other entertainment sourced from Digiplex throughout our domestic exhibitor network."

Bud Mayo, chairman and CEO of Digiplex, added, "Joining forces with cinema advertising leader Screenvision is a clear win-win for both organizations, and importantly, this will result in a much larger release platform for unique, specialty content that deserves a much wider audience. Importantly, this alliance is expected to generate additional, accretive new revenue streams for us, including downstream and ancillary digital downloads. We are delighted to hit the ground running with the first release from DigiNext's second season, The United States of Football.”

The USOF explores the cumulative effects of repetitive trauma in America's Game, from Pee-Wees to the pros. Fans and parents of young players follow a father's quest for an answer to, "Should my kid play?" From Bountygate to the challenges faced in youth leagues by shortfalls in knowledge or funding, Emmy-winning filmmaker Sean Pamphilon takes a tough look at what will be needed in order to save the players as well as the sport we love. The movie features, among others, Bob Costas, Mike Ditka, Kyle Turley, Jim Brown, Chris Henry, Malcolm Gladwell and James Harrison.