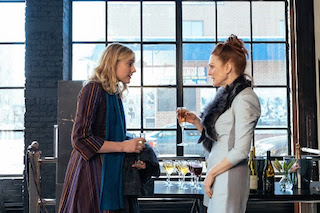 , currently in wide release from Sony Pictures Classics, was a labor of love for Technicolor PostWorks New York. A long-time supporter of independent film, the facility furnished suites and systems to picture editor Sabine Hoffman and her crew. It also provided resources for dailies processing, editorial finishing, color grading, sound mixing and deliverables. The project involved months of concentrated effort, spanning pre-production through the film’s world premiere at the Toronto International Film Festival.

Maggie’s Plan, which has drawn rave reviews, tells the quirky story of independent, thirty-something Maggie (Greta Gerwig), whose plan to have a baby as a single mom is derailed when she falls in love with ficto-critical anthropologist John (Ethan Hawke) and destroys his marriage to the brilliant Georgette (Julianne Moore).

Set in modern day New York City, the film is beautifully crafted. DP Sam Levy, collaborating with Miller for the first time, captures the city in warm, glowing tones. “I spent a lot of time with Rebecca during pre-production, breaking the script into its elements,” Levy recalls. “She has the soul of a poet. She described the look she wanted as awake and I intuitively knew what she meant. It should sparkle and glow.”

Levy drew inspiration from California still photographer Janet Delaney, whose work employs color in a striking, but nuanced way. In preparing for the shoot, Levy shared one of Delaney’s photographs with DI colorist Alex Bickel who referred to it in preparing a camera LUT that was used on the set and in dailies production.

Bickel says that he understood the aesthetic Miller and Levy were aiming for. “It’s sweet and romantic, but with a light touch,” he says. “It’s colorful in just the right way.” 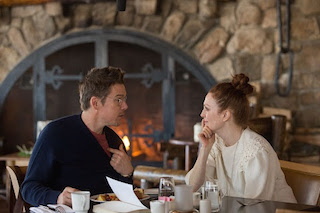 After the film was shot and edited, Bickel worked with Miller and Levy to refine the look during post-production finishing sessions at Technicolor PostWorks. “We had a lot of time to play and that gave everyone the freedom to explore options,” he recalls.

Bickel says that the grade is realistic, except for a few times where it becomes more stylized and artistic to underscore points in the story’s emotional arc. He refers to one scene where John and Georgette become lost in a snowstorm. “They haven’t been in love for a long time, but it was important to show that there was still a spark between them,” he says. “We found that spark in their skin tones and the way they reflect the snow. It turned out beautifully.”

Another example is a scene set in an illegal casino located below a Chinese restaurant. Levy lit the set with old neon fixtures, washing it in striking tones of cyan and blue. “I spent a lot of time worrying, studying the set and discussing it with my gaffer,” Levy recalls. “I wanted to be certain that it would all come together.”

The moody lighting gave the sequence a surreal edge that Bickel pushed further in the final grade. “It’s the one time where we went outside our color space,” Bickel explains. “We let things go crazy and managed to pull it off.” Levy says that it became one of Miller’s favorite scenes in the film. 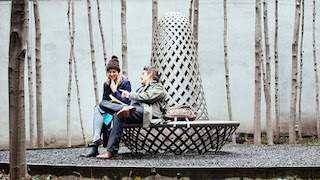 “A lot of the film was shot on the streets of the city or in practical locations, so there was some noise in the tracks that had to be cleaned up and smoothed out,” Czembor notes. “It was important to first ensure that the dialogue played correctly for the scene; then we could go back and support it with music and sound design.”

Attaining the right balance required careful refinement and input from Miller, Hoffman, Grzaslewicz, Glabinski and Rohatyn. “When you bring all the elements together in the mix, you get a sense of how intensely to play the details,” Czembor says. “You can feel if you need to make a certain sound effect harsher or softer. It becomes clear how the music should sit with the dialogue.”

In preparing the film for its Toronto premiere, sound and picture finishing proceeded simultaneously with Miller moving between rooms, monitoring and commenting on the progress. Levy recalls the process as intense, but rewarding. “Alex and I would work on a reel while Rebecca was mixing and, at the end of the day, she’d come in to review what we’d done,” he recalls. “Alex is a brilliant guy with a wicked sense of humor so we had a lot of fun…and just enough time to produce a great film.”