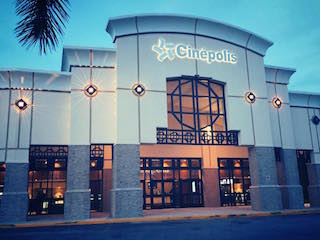 Cinépolis will install the 4DX immersive cinema experience in at least 12 additional auditoriums in the United States, India, Spain and across Latin America by the end of 2017. Five of these confirmed new sites will open in the U.S., Mexico, Spain and Chile by 2016. The two screens opening in the United States will be located in Carlsbad, north of San Diego, and Pico Rivera in Los Angeles, California.

With 49 screens already operating in 10 countries, Cinépolis is one of the largest providers of 4DX auditoriums around the world. The new agreement strengthens and extends Cinépolis’ strong relationship with CJ 4DPlex and includes an ongoing aggressive rollout in addition to the 49 existing and 12 new sites. Additionally, the agreement helps Cinépolis leverage 4DX as part of their global expansion plan. This comes as an outcome of exhibitors, studios and local distributors first handedly experiencing the profit value of 4DX.

“Cinépolis is rapidly expanding around the world, offering a variety of luxury and premium cinema experiences while staying committed to elevating the movie-going experience,” said Alejandro Ramirez Magana, CEO, Cinépolis. “Growing our partnership with 4DX helps us in achieving that goal.”

“The amazing box office success of 4DX at existing Cinépolis locations set a wonderful groundwork for us to expand on our valued relationship,” said Byung Hwan-Choi, CEO, CJ 4DPlex. “This new expansion is another confirmation that 4DX elevates the cinema experience and we are excited that with Cinépolis, we will be able to bring our technology to even more moviegoers around the world.”

CJ 4DPlex’s 4DX technology enhances the onscreen visuals of action-packed blockbusters, enabling a completely immersive event that transcends the traditional cinema experience through motion-activated seats and special effects including wind, fog, rain, lighting, vibrations and scents. The result is that 4DX, going beyond 3D, adds visual, aural, olfactory and tactile dimensions to the film-viewing experience, lending itself perfectly to movies of all genres.

There are now more than 36,000 4DX seats operating in 286 theatres in 41 countries, opening approximately one new screen every two weeks.