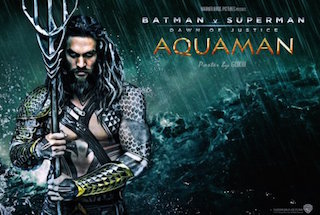 Samsung Electronics unveiled its largest-ever 3D-ready Onyx screen at Capital Cinema in the Xicheng district in Beijing, China. The December 7 opening of the world’s largest 3D LED cinema was timed with the premiere of Warner Bros.’ DC Comics superhero film Aquaman, which has a DTS:X immersive sound track. Aquaman opened with $93.6 million in ticket sales in three days in China, marking the best start for a Warner Bros. title in that territory.

“The Onyx Cinema LED is so bright that we do not need to turn the light off during screening,” said Yonghong Deng, chairman of Beijing Capital Huarong Cinema Company Limited. “The new technology allows us to explore new business opportunities not limited to screening movies. Without the need to turn off the light during screening, LED cinema can now bring live broadcasts, gaming content and interactive entertainment driven by cutting-edge technology, such as VR and AR to audience, all through this outstanding large-size, bright 3D LED. There is no doubt that the LED cinema represents a significant milestone in the revolution of cinema technology, and it has given us a broader range in content display.”

“The new, wider version of the Samsung Onyx is a direct response to the cinema industry demand,” said Nick Conti, business development senior manager for cinema at Samsung. “This new size allows us to expand our portfolio and offer more variety to theater owners. We’re excited to partner with Capital Cinema to help showcase the new industry standard for picture quality on the big screen and continue to.”

Founded in 1937, Capital Cinema has been at the forefront of China’s film screening industry for more than 80 years. Today, it maintains its status as a leading destination for theatrical film releases and is one of the top five theaters in China based on ticket sales.

“We’re always looking for new ways to enhance our customer experience,” said Deng Yonghong, CEO of Capital Cinema. “That’s why we are absolutely thrilled to incorporate the world’s first 14-meter Onyx Cinema LED screen into our theaters as it creates a best-in-class cinema experience that is truly unmatched, and an immersive environment unlike anything our customers have experienced before.”

Samsung’s latest 14-meter Onyx Cinema LED screen is now available in the market for movie theaters across the globe. Samsung’s Onyx LED screens have been installed across the world, through partnerships with Pacific Theatres in Los Angeles, USA, and Arena Cinemas’ Sihlcity theater in Zurich Switzerland.