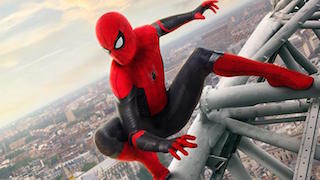 The July 19 opening of CJ 4DPlex 4DX with ScreenX at the Grand Cinema Sunshine in Ikebukuro, Tokyo, of Sony Pictures' Spider-Man: Far From Home, extended its run by four weeks due to sold out screenings during prime-time slots and recording attendance rates as high as 99 percent during peak showing times. In China, 4DX with ScreenX attendance numbers also soared, with occupancy rates doubling that of standard 2D formats for Spider-Man: Far From Home.

4DX with ScreenX technology first debuted in South Korea at CGV Yongsan in 2017, launching onto the scene with a 97 percent attendance rate during its opening weekend. Its massive popularity led to locations in France and China the following year and by 2019, the format opened 13 new locations across Europe and Asia.

4DX with ScreenX is a convergence of the two most advanced theatre technologies on the market today: the motion seating and environmental effects of 4DX that synchronize with the action on-screen and ScreenX, a 270-degree panoramic cinema experience that projects selected scenes onto the left and right walls of the auditorium, bringing moviegoers beyond the frame of the movie screen. It makes for a unique and exciting cinema experience, now becoming more and more available to audiences around the world.