The VSI Group has expanded its Latin American operations with the majority acquisition of dubbing, subtitling and media services facility, Vox Mundi, which is based in São Paulo, Brazil. 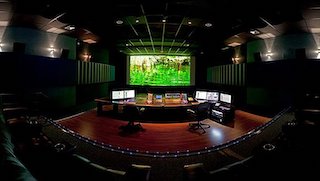 Vox Mundi was founded in 1999, with a focus on localizing content into Portuguese for Brazil, one of the world’s most important dubbing territories. The company owns and operates an extensive facility, covering 1000 square meters, complete with eight recording and six mixing rooms, including one theatrical room, as well as a Foley suite and several HD edit suites, making it one of the largest and most prominent studios in Brazil.

Recognized both internationally and locally for its high quality, large capacity and exceptional customer service, Vox Mundi serves the major OTT platforms as a preferred partner, as well clients such as Discovery Networks, NBCU and Globosat. 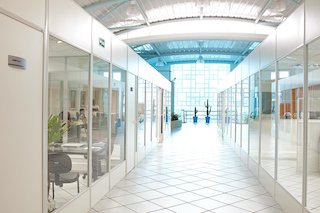 Torres is widely acknowledged as one of the top sound-mixing engineers in Brazil. Apart from his work on dubbing projects, he is well known for mixing some of the highest profile original Brazilian series and movies, such as Joint Venture, Thirteen Days Away from the Sun, Bing: The King of Mornings, Elis, Elite Squad 1 and 2, and Blindness.

Martins has built his career working with audio and voice. He joined the dubbing industry as a producer, always aiming for excellence in each project he worked on. Together with Armando, he has worked and invested to strengthen the Brazilian dubbing market ever since Vox Mundi was founded, with a mission to introduce the highest levels of technical and artistic quality. He has always believed in teamwork and in the professional development of all collaborators.

The combination of Vox Mundi with VSI CIVISA (the largest dubbing facility in Argentina) and VSI Mexico City, makes VSI the only global vendor covering the entire Latin American market, with its own studios in both Brazil and Latin American Spanish-speaking territories. As part of VSI’s expanding operations in South America, Vox Mundi joins the VSI Group’s network of 25 existing facilities spread throughout the EMEA region and North America.

Managing director of the VSI Group, Norman Dawood said, “I am proud to welcome Armando, Valvênio and the rest of the Vox Mundi team into the VSI family. This move is a natural next step, following years of close cooperation and friendship between us. Throughout our partnership so far, we have been impressed by the consistent quality of their output and exceptional reliability in what is often a challenging local environment, not to mention their unrivalled creative and technical expertise in sound recording and mixing.”

Torres Jr. said, “Vox Mundi has always had an unremitting quest for the growth and development of its services; therefore, we could not be more enthusiastic about this partnership. We know VSI is a great company in all territories and being able to exchange knowledge and expertise can only enhance our work.”

Martins said, “Since Vox Mundi was founded, we have spared no effort to make the company efficient and focused on the future. I’m sure that this partnership with VSI, a solid and respected global company, is another big step in this direction, opening new horizons in Brazil and abroad.”