CJ 4DPlex today announced that its multi-sensory 4DX format drew $23 million at the global box office in January, up 18 percent year-over-year, making it the highest ever recorded for the month of January in the history of the company, this despite screenings being suspended in China for several days. 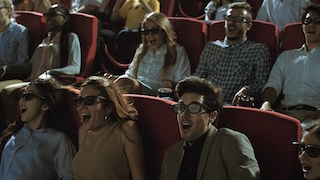 The results in January were driven by major Hollywood blockbuster titles including Star Wars: The Rise of the Skywalker ($7.9 million), Bad Boys For Life ($4.3 million) and Jumanji: The Next Level ($2.5 million) grossing a combined $15 million at the 4DX global box office.

A breakout month for 4DX in the UK helped with the surge at the global box office, with $1.5 million taken, which is an 81percent increase on January 2019. This was helped by impressive box office results for titles such as the BAFTA winning 1917, Star Wars: The Rise of Skywalker and Bad Boys For Life.

4DX's great performance in January has been contributed by European markets and North America. In particular, 4DX box office in US and Canada increased by 262 percent and 244 percent respectively. The box office figures in Europe markets also increased by 39 percent compared to January 2019. Alongside the UK's impressive box office performance, other European markets also marked notable increases at the box office, including Denmark (73 percent), Netherlands (73 percent), Austria (51 percent) and France (35 percent).