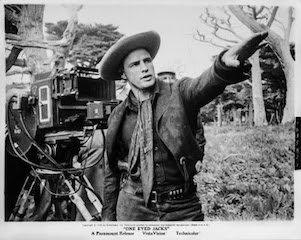 Universal Pictures and The Film Foundation celebrated the Cannes Film Festival with the world premiere screening of the newly restored 1961 film, One-Eyed Jacks, starring and directed by Marlon Brando.  Steven Spielberg and Martin Scorsese, who had long advocated for the film's restoration, closely supervised the work to ensure the restoration honored Brando's original artistic vision.  One-Eyed Jacks was digitally scanned in 6K and restored in 4K from the original 35mm VistaVision negative.

One-Eyed Jacks represents Brando at the peak of his creative powers both in front of and behind the camera.  The film screened as part of the Cannes Classics section May 16 in the Salle Bunuel.

"One-Eyed Jacks is one of my favorite westerns and it was more than a privilege to be on the team that restored it for audiences around the world to rediscover or fall under its spell for the first time," said Spielberg.

"As this is the only feature film directed by Marlon Brando and the last American film shot in VistaVision, One-Eyed Jacks is an extraordinarily unique title," said Peter Schade, vice-president of content management for Universal Studios.  "We are very proud to be able to share Brando's artistic vision, in pristine condition, with audiences again." 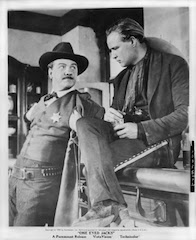 Brando made his directorial debut in 1961 with One-Eyed Jacks, a brooding Western that he originally enlisted Stanley Kubrick to direct, but due to creative differences, Brando took over as director. After robbing a bank in Mexico, Rio (Brando) and Dad Longworth (Karl Malden) go on the run with Longworth betraying his partner and leaving him behind to be arrested by the Rurales. Years later, Rio escapes from prison and learns that Longworth is the sheriff of Monterey, California. Rio sets out with revenge on his mind but falls in love with Louisa (Pina Pellicer), Longworth's stepdaughter, and begins to have second thoughts.

With One-Eyed Jacks, Universal Pictures continues the company's ongoing restoration program.  Since the program was first announced during Universal's Centennial in 2012, nearly 30 titles have been restored and 25 more titles are expected to be restored by 2017.

Fully restored titles to date include All Quiet on the Western Front, The Birds, Buck Privates, Dracula (1931), Dracula Spanish (1931), Frankenstein, Jaws, Schindler's List, Out of Africa, Pillow Talk, Bride of Frankenstein, The Sting, To Kill a Mockingbird, Touch of Evil, Double Indemnity, High Plains Drifter, and Holiday Inn.  In 2015, the Studio announced a silent film restoration initiative.  During the next four years, the Studio will restore approximately 15 silent film titles from Universal's early years.  The silent titles include The Last Warning, Oh Doctor, Outside the Law, and Sensation Seekers.

The Film Foundation is a nonprofit organization established by Scorsese in 1990 dedicated to protecting and preserving motion picture history. By working in partnership with archives and studios, the foundation has helped to restore nearly 700 films, which are made accessible to the public through programming at festivals, museums, and educational institutions around the world.