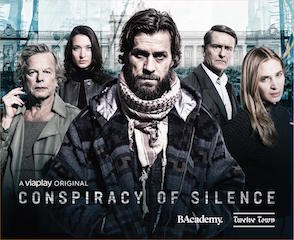 CAN Film is a boutique post-production and film company based in the heart of Gothenburg, Sweden. Clas Hakeröd and Nikolai Waldman, two highly experienced and trusted names within the industry, started the company in 2015. For the past 20 years they have been producing and post-producing commercials, features, corporate films, documentaries and TV series, like The girl who played with fire, Olympic Games, Saltön, Ettor & nollor, Americas Cup, Uppdrag Granskning, Volvo, IKEA and many more. Recently, Waldman branched out to start the company DejaSoft and develop the editing software tool DejaEdit. Digital Cinema Report spoke with him about how DejaEdit came to be.

Digital Cinema Report: As co-owner of the successful post company CAN Film, and an accomplished editor and colorist yourself, what inspired you to start DejaSoft and develop DejaEdit?

Nikolai Waldman: It all began back in 2014, when I was working on a TV-series titled,The fat and the angry, by director Johan Renck. It was shot in Gothenburg and edited in Stockholm. This project kick-started discussions that prompted my business partner Clas Hakeröd and I to further explore whether there was a better way to transfer footage to the editor, other than just sending physical hard drives across. It was at that stage that I started working on designing an application that would in essence, create a workflow, where we could send offline files directly into the editor’s Avid Media Composer. This was the first embryonic step of how DejaEdit was conceived.

I have always written small programs from time to time that help me in my job as an editor and colorist, for example I developed Resolve Collect, which is a Media Manager for Davinci Resolve. Developing does come naturally to me, but I was not aware at that time, that we would end up creating DejaEdit. 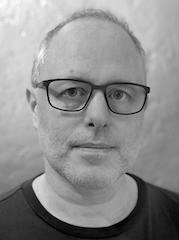 Over the years that followed, we started to develop DejaEdit further and used it on projects that we were post-producing at CAN Film. This way, we could also find bugs while we were in charge of the post-pipeline and get feedback from the editors using the software.

We used DejaEdit on two TV-series and four feature films – so it was pretty much tried and tested in real projects successfully. This confirmed that DejaEdit had evolved into a fully-fledged market-ready product and we launched it across Scandinavia and in parts of Europe at that time. Since then, DejaEdit has also been used on a number of TV-series and features by customers who have bought licenses.

A few weeks ago, we made the decision to finally go global and share the benefits that DejaEdit brings to editors everywhere across the globe and not just in our part of the world.

DCR: You have used DejaEdit in many of your own client projects at CAN Film, can you single out a couple of examples of how it was used and helped make things more efficient.

NW: One of the projects we worked on at CAN Film that stands out was the Danish feature Suicide Tourist, which was filmed in four different countries and edited by Oscar-nominated editor Yorgos Mavropsaridis.

Both Yorgos, who is based in Athens and an assistant in Denmark, received material on a daily basis. If the scenes appeared in Danish, then the assistant placed locators with translation on the source shots and put them in his DejaEdit Outbox folder in Media Composer as Yorgos did not understand Danish. A few minutes later, they would show up in Yorgos’ DejaEdit Inbox folder and he could keep on editing.

Another project that comes to mind was the TV-series Conspiracy of Silence, which was shot in Lithuania and edited in Sweden. When we looked at the time between when the scene was shot and when the editor Darek Hodor could start editing, we were quite surprised. One and a half hours after shooting, he had the synced footage and could already start editing. He was able to send the edited timeline back to the director, just by simply dropping it in the DejaEdit ToSet folder. The director was then able to watch the edited scene on the DIT station just literally minutes later. This way they always knew that they had all the shots for the scene.

DCR: Expand on the licensing options in DejaEdit and how it works.

NW: Just as there are different roles within the post-production process that come with different requirements, we in turn created different DejaEdit Licenses to meet the specific needs of the different roles and depending on what the job in question entails.

We have many more ideas flowing in on how to implement new roles and licenses in future versions of DejaEdit, so it is continuously evolving to meet demands that arise across the entire post-production process.

DCR: What do you enjoy most about the post-production process?

NW: I don’t think I would have lasted almost 30 years in the post world if there weren’t any new challenges. Technology is evolving all the time and not one project is the same, so you never get bored. Since I am a problem solver at heart, there is always something to learn and solve. It keeps me alert.

DCR: What do you foresee happening in the industry in post technology in Sweden and also on a global level in your view over the next year?

NW: I believe that being able to work together around the world is becoming more and more important. Many projects receive financing from different funds and countries, which means the projects need to be spread out to get them working.

When it comes to technology, well I think high dynamic range will start penetrating the post world, but I still don’t know how big it will become. It seems like the only sensible path instead of just chasing higher resolutions.

DCR: What lies ahead for DejaEdit?

NW: We will be releasing DejaEdit Version 3.0 during the spring, which includes features users have been asking for, such as Private and Global Bin sharing and some other significant features that can hugely improve the editing processes across very large and multi-complex projects.

Even though we won’t have a dedicated DejaSoft booth, we will still be present at NAB this year to meet new clients at the show. We do have a booth at IBC 2020, where we plan to showcase the DejaEdit workflow in all its glory. These shows play an important role as it provides us with valuable feedback to help us further develop and improve on every aspect of the product to benefit users.

DCR: You have an interesting background and have command of many languages.

NW: Yes, I speak more than just program languages. I was born in Amsterdam with a Dutch father and German mother, so I was bilingual from the start. In 1985 we moved to Sweden where I have lived ever since, except for the one year I lived in Florida to attend Full Sail film school.