Sony to Release 4K Restoration of It Happened One Night 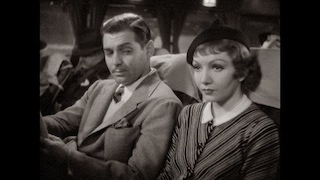 Frank Capra’s 1934 comedy It Happened One Night was recently the subject of a lovingly painstaking 4K restoration by Sony Pictures Entertainment in advance of its release on Sony’s newly launched Video Unlimited 4K download service. The first film to sweep the five top Oscars (Best Picture, Director, Actor, Actress and Best Adaptation), It Happened One Night is the first of five Capra classics slated for re-release in 4K over the next few years.

“This film is incredibly important to the studio,” said Rita Belda, Sony Pictures Entertainment’s executive director of asset management, digital mastering and film restoration. “It put Columbia on the map in terms of audience awareness and box office. It has been beloved and critically acclaimed from the moment it was released.”

The original 35mm negative that served as the basis for the restoration was in poor condition. Belda said that in the 1930s it was common practice to use original negative to produce film prints for distribution. As a result, the negative suffered from damage due to overuse. Furthermore, a number of damaged scenes had been replaced by poor quality duplicate elements.

Restoration at Colorworks, Sony Pictures Entertainment’s digital intermediate facility, began with a newly manufactured wet-gate fine grain master, which had been made from the original negative, and was scanned at 4K.  The digital files then went through a lengthy digital film restoration process at Prasad Corporation, to address dirt, tears, scratches and other artifacts.  The final restored files were graded in 4K at Colorworks. 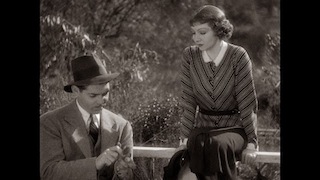 Special care was taken to restore the film in a manner faithful to its original look. Belda said that while dust and scratches were removed, the texture of the film grain was preserved. “The film was photographed by Joseph Walker who used filters to create a soft, glowing look, particularly in shots of the female stars,” she said. “The result is a rich look with a lot of range in the mid-tones. The amount of detail in the negative was startling. It is so beautiful.”

Colorworks senior colorist Scott Ostrowsky said that the Baselight system that he used to grade the film has sophisticated tools that allow him to apply subtle, highly nuanced adjustments. “This film has a soft, shadowy elegant look and we wanted to be sure to capture that without stepping on the image,” he said. “You don’t want to crush the blacks.”

The greatest challenge involved those scenes where damaged footage had been replaced by lesser quality duplicate frames. “It was very difficult to establish consistency between those scenes and the high quality, fine-grain print,” Ostrowsky said.

Successfully restoring films like It Happened One Night is not simply a matter of technology, Belda said. It is a result of the passionate commitment of the restoration team, all of whom, she points out, are film lovers themselves. “We have a wonderful partnership with Colorworks,” she said. “Their colorists understand the value of our library, and the challenges we face.”