Mark Ashcroft: Rising to the Challenge 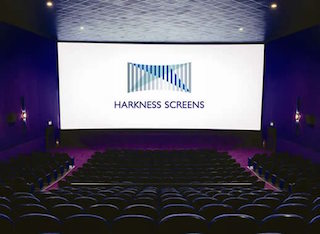 My intimate contact with COVID-19 started last December. Looking back, I remember I was trying to arrange interviews for a new business development director in Beijing. I would fly out for a full day of interviews plus a quarterly business review with our China general manager, Allen Xing. Harkness had been developing a partnership for a high gain silver 3D screen with a premium format cinema brand.  Having gone through various stages of research and development and approvals, a screen was installed in China for an on-site evaluation, with the partner company, at a Wanda Cinema. For Harkness’ assessment it was necessary to see the screen in theatre, to check against specific criteria including; image uniformity, brightness and 3D appearance.

Allen and I took an early morning, 1000-kilometer flight from Beijing Capital to Xiangyang, in the province of Hubei.  Following check-in at one of the very few internationally recognized brands in the city, the Crown Plaza, situated next door to the Wanda Plaza, we met the cinema manager and viewed our screen.

The screen looked great. At 20 meters wide, the first commercially installed screen of our next generation, high-gain technology, silver screen did not disappoint. The site manager was extremely satisfied with Harkness’ addition to the site.

With only one direct flight per day from Beijing, Allen and I had the afternoon free to visit the city of Xiangyang.  Xiangyang is the second largest city in population to Wuhan, in the province of Hubei. Boasting one of the oldest still-intact city walls in China, the main street has a bustling market feel with modern shops lining both sides of the pedestrian center while maintaining the character and feel you would expect in a traditional Chinese city. Held within the gate tower at one end of the street is the city museum, with collections from the Qin and Han dynasties.

A taxi took us to Xiangyang Tangcheng Film and Television Base, a filming location for Disney’s Mulan (2020).  At a cost of 1.6 billion yuan (230 million dollars) and after six years of construction, it replicates the living conditions of the great Tang Dynasty in China (618-907 AD) including civilian streets and markets, lakes, pavilions, an imperial city and officials’ mansions. 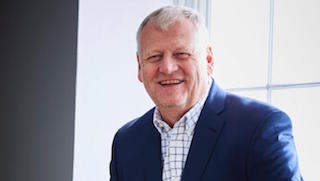 Outside of old town Xiangyang, in the taxi to and from the airport, the city has an extremely industrialized feel. The main road is lined with factories, storage facilities and car production plants. This was not surprising as Xianyang is on the first international rail freight routes, supporting the ‘Belt and Road’ initiative for economic and transport development.

During the trip I interviewed two people – Kevin and Jeff – for the business development director position. My memory is often taken back to meeting Jeff.

He told me he had moved back home to Wuhan; both his parents had taken ill and he was at home looking after them. He hoped they were recovering from a respiratory pneumonia.

Before COVID-19 had caused Wuhan to be sealed off from the rest of the Hubei province on the January 23, many Xiangyang residents would have returned from there to be with family for the Lunar New Year festivals.

On January 23 I sent a note to the manager of our Chinese factory, Yao Hui, relating to her my experiences with SARS in 2003. At the time I was executive vice president at Sola Inc, a company, with manufacturing in Guangzhou. As SARS accelerated, the Chinese government made it clear to us that if any member of our staff contracted the disease our factory would be closed; such a result being unthinkable as the factory was a global supply hub. Our CEO and COO, Jeremy and Barry moved quickly. Building a contingency plan, putting in place on-premises medical teams to implement; hand hygiene, facemasks and temperature checks. 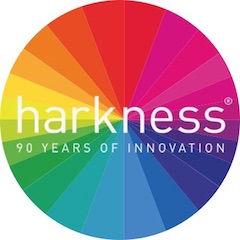 My note to Yao asked her to instigate track and trace of our staff as they headed off for Chinese New Year, also stressing the importance of hand hygiene, deep cleans, masks and temperature checks. I repeated the message to our other factory managers in India, France, the UK and USA on February 23.

The safety of our staff being paramount, the message was also relayed to all our offices.

As February ended my colleague Nicolas Chiovini found himself forced to work from home after his village in Northern Italy was found to be in the so-called red zone. The week before he had been in Nice, France with colleagues from the USA, the UK and France.

On Friday March 13, I found myself spending the day in our Stevenage Technology Centre. The key focus was how to deploy our research and development and technology teams against two critical areas for cinemas; the deployment of RGB lasers and how we can reduce screen installation costs.

On arriving home that Friday evening I was very ill, so I let Chrystal Shaikh our UK site general manager know. We decided to inform Public Health England, closing the site and enacting a deep clean reopening after five days. That started a period of self-isolation and working from home. I have continued to walk for 45 minutes per day, only leaving my home twice, so far, for essential shopping.

During this period, I have focused on the short-term actions to protect the Harkness business, its employees, its shareholders, its banks, its suppliers and customers, both old and new.

It has required us to close factories, but today four out of our five factories are open and supplying screens.

We have responded to emergency requests from the Indian Government, local hospices and aged caregivers, providing them with face visors and aprons. Developed and manufactured in less than seven days by our factory and R&D teams, that alone has filled me with pride and given our whole business inspiration. So, having managed the emergency phase, we are now executing the reboot phase and planning for the recovery phase. Cinemas will re-open and moviegoers will want to get in front of the big screen again.

Mark Ashcroft is CEO of Harkness Screens. This is an excerpt from his longer article, which can be found on the Harkness website http://www.harkness.com.