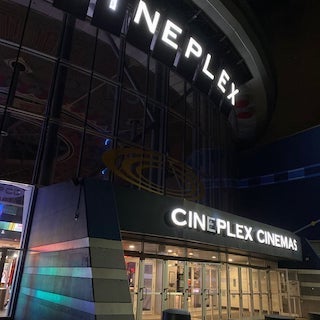 "We are thrilled to offer movie-lovers in Langley yet another truly immersive theatrical experience, just in time for one of the biggest blockbusters of the summer," said Kevin Watts, executive vice president, exhibition, Cineplex. "ScreenX is one of the latest state-of-the-art technologies we've introduced to provide a memorable escape for movie lovers that can't be replicated at home."

"We are very excited to continue our expansion in Canada and continue our partnership with Cineplex. ScreenX is extremely powerful in immersing audiences into the film, and Cineplex's commitment to open additional locations across the country has proven this," said Don Savant, CEO and president, CJ 4DPlex America.

ScreenX is the world's first multi-projection theatre technology that allows a 270-degree panoramic movie watching experience. ScreenX uses a proprietary system to expand specially selected sequences of the film onto the left and right-side walls of the auditorium, surrounding the audience with exclusive imagery as though they were inside the movie. ScreenX provides a virtual reality-like setting with cinema-quality resolution, creating a truly immersive experience for moviegoers.

Cineplex and CJ 4DPlex first partnered in 2016 to launch Canada's first 4DX dynamic seating auditorium at Cineplex Cinemas Yonge-Dundas and VIP in Toronto, Ontario. In 2018, Canada's first ScreenX auditorium opened at Cineplex Cinemas Queensway and VIP in Toronto, Ontario. Since then, the partnership has been extended to bring 4DX theatres to six locations and ScreenX screens to 12 locations across the country.