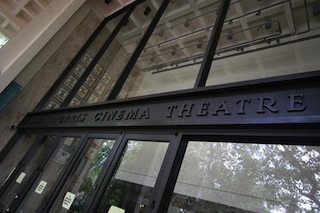 Christie, through a generous donation of equipment and installation services, will be the sole provider of all cinematic and audio equipment within the University of Southern California’s School of Cinematic Arts Eileen Norris Theatre, and will be working together with USC SCA in enhancing visual technologies, specifically cinematic ones.

The Eileen Norris Cinema Theatre is a 341-seat motion picture theatre set within the campus of USC and adjacent to the Cinematic Arts Complex. It is home to some of the School of Cinematic Arts’ largest classes and is the primary theatre often used for large guest movie premieres and screenings of major Hollywood and International films at USC.

The Norris Theatre has undergone a total renovation of its projection and audio equipment with the help of Christie’s Professional Services team. Highlighting the theatre will be the Christie Solaria Series DLP CP4230 4K projector. This 4K series projector is prepared for the next generation of digital cinema, giving audiences the best visual experience possible. The theatre is now also outfitted with a complete Christie Vive Audio system, utilizing over 40 different speakers, sub-woofers, and amps. The Vive S218 and S215 subwoofer, LA3 and LAC3 line array speakers, as well as the LA45 and LA4C speakers are all installed and complement the theatre’s Dolby Atmos installation.

Christie Vive is specially configured to meet Dolby Atmos sound technology requirements. Filmmakers use Dolby Atmos to place and move sounds anywhere in the movie Theatre, including overhead, to make film audiences feel as if they are inside the movie and not merely watching. 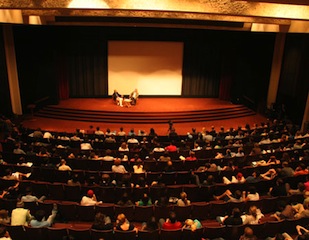 Commenting on the Eileen Norris Theatre installation, Eric Furie, senior technologist, USC CSA, said “Christie and our staff are to be congratulated on their support, input, and hard work in making the Norris Theatre into such an extraordinary space. The theatre and the content displayed in it have never looked or sounded better; it’s truly impressive!”

Christie’s CEO Jack Kline had a vision to partner with the prestigious cinema school, located in Los Angeles, near Christie’s headquarters, and cultivate a relationship through generous giving. Always wanting to give back, Kline believes that USC is the perfect educational environment in which to do that. The students in the School of Cinematic Arts are using the latest technology in the creation of current content, film and visual experiences, and Christie’s equipment will be the foundation for that.

“Christie’s innovative culture, manifested through the cinema services, audio and visual technologies donated to USC, will complement the already vast knowledge and experience of the USC School of Cinematic Arts’ educators,” said Christie CEO Jack Kline. “Combined, the tools and expertise will inspire and equip future film makers to recreate humanity’s stories in the most lifelike and engaging ways possible.”

"The USC School of Cinematic Arts is one of the top-ranked film schools in the world so it's only fitting they have selected Dolby Atmos for the Eileen Norris Theatre," said Doug Darrow, senior vice president, Dolby Laboratories. "Now the entire USC community including student and Hollywood filmmakers, many of which have embraced Dolby Atmos, will benefit from the premium quality Dolby delivers."

Christie has been working with USC SCA in a philanthropic effort to provide not only current cinematic projection equipment, but also tvisual systems for the school’s recently constructed Interactive Media Building. Through the working relationship with the university, Christie plans to further its donation efforts and become the primary technology provider for the school.