The television series The Young Pope, a joint production by Sky, HBO and Canal Plus, produced by Wildside and co-produced by Haut et Court and MediaPro, is currently using WCPMedia Services’ virtual screening room and collaboration platform to share media during production and post, and to deliver trailers to target buyers.

Written and directed by Academy Award-winner Paolo Sorrentino (The Great Beauty), The Young Pope tells the fictional story of the first American Pontiff. 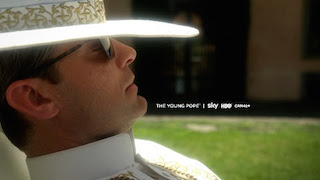 “The Young Pope’s production team is using the platform to store dailies, production media and episode edits, and share them with the series’ international production team and other stakeholders in a fast, flexible and, above all, very secure environment,” said WCPMedia sales and operations manager Luca de Sensi.

“They wanted to be 100 percent confident in the quality and the look of the material they were sending abroad,” de Sensi says. “We accommodated their video specs and color science into our workflows to deliver a result that was color accurate and consistent across the board.”

Additionally, WCP is providing the production with unprecedented security and control over assets. Production media is stored via a Swiss data center with Tier IV certification, the same level of security employed by international financial institutions. Access to virtual screening rooms is controlled and tracked directly by the production team with enterprise-level tools for user authorization and authentication. “We guarantee no data loss and no leaks,” de Sensi says.

WCP takes cloud-based digital asset management to the next level. “It provides levels of quality and service that go far beyond other solutions,” de Sensi concludes. “WCPApp is also flexible and extensible. It can be tailored to the unique needs of the individual client and user. As those needs change, it grows and adapts.”