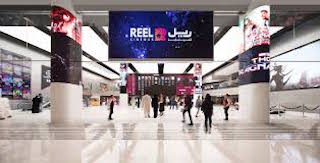 Dolby Cinema offers guests the complete Dolby movie experience. Dolby Cinema unlocks the emotional impact of every film, allowing you to see the subtle details and ultravivid colors of Dolby Vision, and hear the immersive sound of Dolby Atmos. Dolby Cinema is specially designed to elevate every type of movie experience: from big blockbusters, to art house films, and everything in between.

There are 450+ Dolby Cinema sites globally - open or committed, and over 315+ movie titles have been released or announced in Dolby Vision and Dolby Atmos, including the top 10 grossing films in 2019.