Leading Indonesian exhibitor Flix Cinema has opened a new, 10-screen cinema complex at the Mall of Indonesia in Jakarta. Flix Cinema is a brand of Agung Sedayu Group, one of Indonesia’s premier development corporations. Its first venue was at the Pik Avenue mall, in the Pantai Indah Kapuk district of north Jakarta. 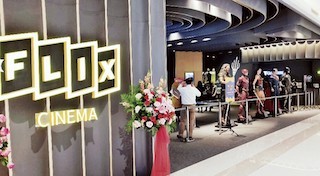 When it opened in 2017, an Alcons Audio CRMSCompact cinema reference monitor system was installed in the premium-priced Platinum auditorium, which offered the highest level of comfort and, of course, the very best sound and picture technology.

The Alcons system was designed by Sie Kek Chung of Jakarta-based KC Sound. It impressed Flix Cinema customers so much that KC was asked to design and supply Alcons pro-ribbon solutions for the three most luxurious auditoriums at the flagship Mall of Indonesia installation, one of the biggest cinema complexes in Indonesia.

“The Alcons pro-ribbon system at our Pik Avenue location became the reference standard to which other cinemas are compared to. At MOI we wanted a sound system to match it, so we chose Alcons for the most prestigious auditoriums,” says David Hilman, COO of Flix Cinema. “We wanted a system that would create an immersive cinema experience and, at the same time, be very balanced and well-rounded. We want our customers to hear a very detailed sound, everything from conversation to a needle falling on the floor. And all of that with reliability, robustness, and ease of maintenance for minimum downtime.” 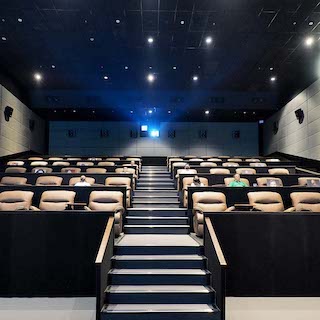 “We chose Alcons again because the high-end ribbon technology perfectly matches our requirements of clean, clear and classy sound with the best performance,” says Yudo Rahutomo, cinema technology manager at Flix Cinema. “The sound is perfect, there is no distortion, and it doesn't hurt the ears at any volume.”