DTS today announced the launch of DTS:X for Immersive Audio Bitstream. The addition of DTS:X for IAB brings the extraordinary and immersive sound of DTS:X to a deeper library of content and to a wider audience in theatres worldwide. 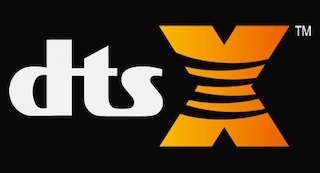 The SMPTE standardized immersive audio bitstream ensures that a single IAB digital cinema package is interoperable with IAB immersive sound supported theatres, reducing the number of mixes and cinema masters content owners must make. This leads to simplified theatrical distribution and DCP management in theatres, allowing studios and content creators to reduce the number of audio versions needed for a single film title. DTS:X for IAB conforms with IAB specification ST 2098-2, as defined and published by SMPTE. Movies with an immersive soundtrack can be played back in any auditorium featuring DTS:X for IAB, which makes more immersive content available to exhibitor partners.

Implementation of the DTS:X for IAB renderer supports all elements in the SMPTE 2098-2 IAB specification. DTS has also developed an open-source IAB validation application capable of testing conformance with ST 2098-2 and IAB Profile 1.