Dolby Laboratories congratulates this year’s Academy Award nominees who have used Dolby Vision and Dolby Atmos to bring their films to life. With the help of Dolby technologies these artists delivered spectacular experiences to audiences globally. The Academy Awards will be broadcast live from the iconic Dolby Theatre in Hollywood, on Sunday, February 9. 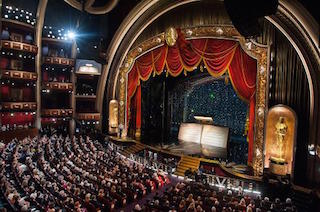 “We would like to congratulate all of the outstanding Oscars nominees this year,” said Doug Darrow, senior vice president, cinema business group, Dolby Laboratories. “Dolby is proud to continue working with these filmmakers and creatives, providing the tools and technology to help them bring their stories to life as they intend.”

Two films, Klaus and Marriage Story, are available in Dolby Vision via streaming only.

Dolby is committed to collaborating with artists, filmmakers, and studios to enable creative storytelling, as these artists intended, via science and technology. Today, Dolby celebrates the following nominees and their excellence in the craft of audio and visual storytelling:

Star Wars: The Rise of Skywalker

How to Train Your Dragon: The Hidden World