CinemaOne in Trinidad and Tobago is in the process of raising up to seven million dollars to partially fund its expansion at the Price Plaza shopping center in Chaguanas. The news was reported last week on the website of the Trinidad and Tobago Stock Exchange. CinemaOne said it intends to acquire and reopen the former MovieTowne Chaguanas location. 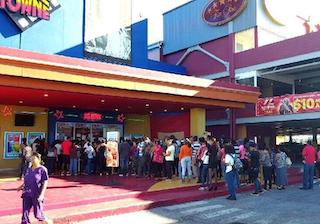 MovieTowne Chaguanas closed in November 2020 after its owner, Derek Chin, was unable to negotiate more favorable lease-rental terms with the landlord of Price Plaza.

CinemaOne, which holds the Imax franchise for T&T, plans to use $2 million of the money raised as a direct project equity investment into what it is calling CineCentral. The cinema company expects the retrofit and restart of CineCentral at Price Plaza to cost a total $21 million.

Of that amount, an estimated $19.5 million is set to be spent on capital expenditure projects including projectors, seats, a kitchen, and other specialty equipment at $16.5 million, with $3 million going to heating, ventilation, and air conditioning.

The Price Plaza shopping center is a desirable location with anchor tenants including PriceSmart, SuperPharm, TGI Fridays, and Scotiabank.

When it opened in 2010, the former MovieTowne Price Plaza was one of three multiplexes in Trinidad and Tobago and historically accounted for 16-17 per cent of the local cinema market. The MovieTowne site was originally designed for eight screens and 1,800 patrons.