At this year’s Association of Moving Image Archivists annual conference in Baltimore, four awards will be presented by the organization to individuals and organizations that have demonstrated exceptional work in the areas of preservation. The ceremony will take place on November 14 at the Parkway Theatre in Baltimore, where the convention runs from November 13-16. 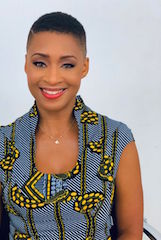 AMIA’s Silver Light Award recognizes career achievement in the field of moving image archives, including professional and volunteer works or activities, and contributions to preservation and restoration projects.  For nearly four decades, Eddie Richmond was one of the principle executives of the UCLA Film and Television Archive.

Richmond’s tenure has seen the archive grow from a few hundred titles to over 200,000 – the second largest public archive in the United States – and was integral to its move from rented space in Hollywood to the PHI Stoa, a state-of-the-art center in Santa Clarita built by The Packard Humanities Institute.  A strong believer in collaboration, the range of Richmond’s many activities extend to the most important institutions across the globe. 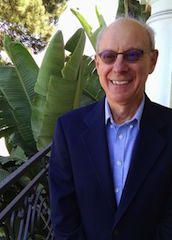 In 2018, AMIA presented its first Advocacy Award to Ray Edmondson in recognition of his history of advocacy for cinema, archives and archivists around the world. This year, the newly named Ray Edmondson Advocacy Award will honor the South Side Home Movie Project. The project is an archival and research initiative to collect, preserve and exhibit amateur films from Chicago’s South Side neighborhood. The South Side Home Movie Project grew from the notable absence home movies (especially from minorities) in the canon of film scholarship, which is only now beginning to change. The project also seeks to provide context and history for this historic neighborhood.

The Alan Stark Award honors individuals who have made a significant contribution through their efforts on a special project or in project management that contributes to, and supports, the work of moving image archives and/or the operations of AMIA. When Adrian Wood began working with the International Olympics Committee in 1996, it was at a time when the Olympic film collection was virtually lost. 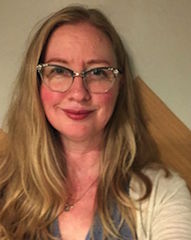 Over a 12-year period he worked, supported by eight local researchers, with thirty-one archives, broadcasters, production studios and libraries, eleven laboratories, seven specialist restoration facilities for sound and image on five continents. These collaborations led to the recovery and restoration of more than 40 long-form documentaries and 60 additional short films.  Together the Olympic films form a body of work that provides a unique audiovisual legacy not only of sport but of style, fashion, sports technology and production methodologies captured on a four year cycle, (except when interrupted by war), and so thereby creating a unique collection.

The William S. O’Farrell Volunteer Award is named for long-time member Bill O’Farrell honoring his volunteer efforts and mentoring role he played over the years to so many archivists. This year’s recipient, Snowden Becker, is the glue between dozens of archival communities that all overlap because of her commitment and involvement in the field. She is an advocate and mentor for those who aim to contribute to media archival scholarship and praxis, and a vigilant promoter of good work being done in the archival community.

Becker has served on the Board of Directors, a Committee Chair, and at has been instrumental in developing new that welcome newcomers to the association and the annual conference.

Beyond her duties running the UCLA Moving Image Archive Studies and Masters of Library and Information Science programs, Becker has always gone above and beyond to mentor and prepare students to work in the archival field after graduation, and continues to meet with alumni long after they graduate to help them navigate working in the media archiving industry.

With what little free time Snowden had left after her full-time job and work for AMIA, she founded the Center for Home Movies and created the structure for Home Movie Day, which now has grown into an international event.