Who Owns an Indie Film? 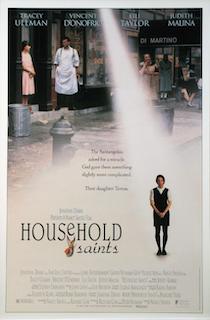 Making a successful feature film is one of the most difficult things there is to do. Having adequate financing in place is just part of the challenge. Several other elements are just as critical including a good script, a talented cast and crew, a laundry list of sophisticated technology, decent weather, and a lot of luck. With a completed feature film in hand, a filmmaker still must find a company that shares a passion for that film and will agree to distribute it properly. For many successful independent filmmakers, that is where their job ends. But should it end there?

But as three very experienced filmmakers recently learned, that shouldn’t be the end. It's a lesson veteran the writer/director Nancy Savoca learned the hard way because, she said, because “When you’re a filmmaker and you finally sell your film, you don’t necessarily pay close attention to the line in the contract that says you’re selling the rights for perpetuity.” She now argues strongly that you should.

Savoca and her husband, producer Richard Guay, have made more than a dozen feature films together including True Love, Household Saints, and The 24 Hour Woman starring Rosie Perez. They are currently at work on the documentary El Gato on the life and music of Grammy award winning tenor sax legend Gato Baribieri. 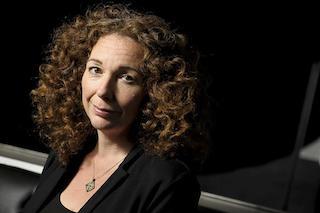 Ira Deutchman has been making, marketing, and distributing films since 1975, having worked on more than 150 films including some of the most successful independent films of all time. He was one of the founders of Cinecom and later created Fine Line Features. Among the films he released while at Fine Line were the Academy Award-winning documentary Hoop Dreams, Robert Altman’s The Player, and Gus Van Zant’s My Own Private Idaho. Some of the other films he has worked on are Jean-Jacques Beineix’s The Last Metro, François Truffaut’s Lola, and Martin Scorsese’s New York, New York and The Last Waltz.

Most recently, Deutchman was director/producer of the feature length documentary Searching for Mr. Rugoff, which is currently in release, and he is a professor of Professional Practice in the School of the Arts at Columbia University,

While he was at Fine Line, Deutchman released Savoca and Guay’s 1993 film Household Saints. In 2018 he wanted to screen the film at Columbia. When he contacted them about getting a print, the three of them soon discovered that obtaining one would be no simple task. 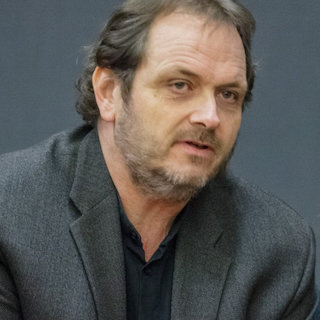 Fine Line is now owned by Warner Bros. and both Guay and Deutchman contacted people they know at the studio for help locating a Household Saints print. Guay finally located some prints but said they were badly damaged. Eventually, one hundred boxes of elements were shipped to the University of Michigan, which the filmmakers have ties to. Milestone Films will re-release Household Saints in September 2023, the film’s thirtieth anniversary.

“Yes, we got the elements back in a shipment,” said Guay. “So, our story does have a happy ending.

And I’m sure the vault guys [at Warner Bros.] were happy to unload materials but that is important for filmmakers to understand. They don’t always have the space to hold large quantities of materials for films they don’t have the rights to. We were also lucky to have a place to ship this much stuff to.”

While their experience ended happily, it made the three filmmakers aware of a larger problem that independent filmmakers constantly face. Early this year they teamed up with filmmakers Mary Harron and Shola Lynch; entertainment lawyer Susan Bodine; and archivist/distributors Dennis Doros and Amy Heller to create a new organization, Missing Movies, to address the problem of lost films — movies that are no longer available because of confusion about rights and ownership, difficulties in locating original materials, and the lack of a business model to support the creation of restorations suitable for the current marketplace. 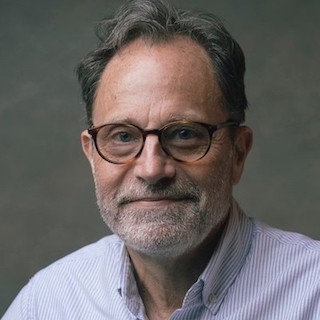 “We’re talking about thousands and thousands of films,” said Guay. He said the reality is that many filmmakers simply don’t have the money to pay for restoration and many of the companies that control the rights don’t have a compelling desire to fund it. “That’s why we feel the need to do something,” said Guay. He said history – cinema history – needs to be preserved.

And while digital cinema technology has greatly lowered the costs of many aspects of the business, this situation isn’t one of them.

“Digital storage is actually a mixed bag and quite controversial in the archiving business,” said Deutchman. “On the one hand, yes, it is easier and cheaper to store things digitally, but in the long run, film actually has higher longevity and reliability. Technology keeps changing and there is never a guarantee that whatever storage device you choose will exist in 10 years, 20 years, 30 years. Part of the challenge is the continual need to transfer from one medium to another as these things evolve.”

Since the Missing Movies initiative was launched, all three filmmakers say the response has been positive and, at times, a bit overwhelming.

“There has been a groundswell of support and outreach on this topic,” said Guay. “We are working as quickly as we can – or at least as quickly as a small group of people who all have multiple projects they are juggling can – to build out our organization and our platform. This is slow, steady work as each missing movie has its own story and its own path.” He said there have been hundreds of emails to the Missing Movies website, adding, “We’re in the process of figuring out what to do with all this energy.”

Deutchman echoed that saying, “We want to be an informational source to connect filmmakers and rights holders with the right resources to do their own restorations.”

Savoca said they have discovered other groups that are doing similar things as Missing Movies. “We want to work with all the groups that have expressed interest,” she said. One goal is to make the initiative and the website educational.”

Part of that education process will be to hopefully make filmmakers more aware of what happens to their movie once it’s completed. “Filmmakers aren’t always sophisticated about the legal aspects of the business,” said Deutchman. “Filmmakers should always consider one important issue: In the long run, what’s going to happen to the company that buys your film.”