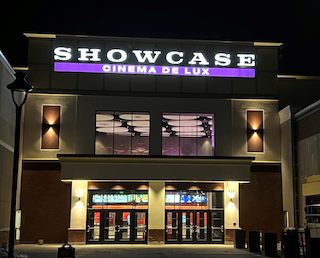 Guests of Showcase Cinema de Lux Hanover Crossing will enjoy a lobby bar and lounge, and a state-of-the-art concession stand and box office. In addition, the lobby bar features Starbucks Coffee and espresso beverages, hand-crafted cocktails on tap, premium spirits and a selection of local craft beers including offerings from Untold Brewing, Mayflower Brewing Company, and Burke's Aleworks, all of which may be enjoyed in the auditorium or in the comfy lounge seating area. 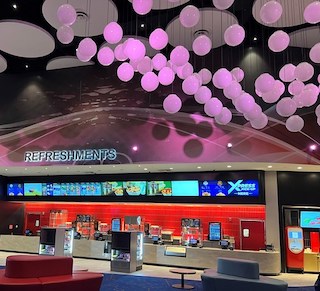 Burke's Aleworks, located in Hanover, has partnered with Showcase Cinema de Lux Hanover Crossing to create a custom beer that will be available on tap exclusively at the cinema. The theater will also offer gourmet popcorn and hand-rolled pretzels. Guests may pre-order concessions via the Showcase app and retrieve them upon arrival at the XPress Pick-Up station, and samples of concession items will be offered during opening weekend at the cinema.

"We are truly thrilled to open the new Showcase Cinema de Lux Hanover Crossing to give movie-goers on the South Shore the best possible movie-going experience. We look forward to inviting customers and guests to experience all of the features of this new cinema themselves this holiday season," said Mark Malinowski, vice president of global marketing for Showcase Cinemas. "Community involvement and support [are] extremely important to us at Showcase Cinemas, and we are proud to be part of the fabric of the Hanover and South Shore communities as a whole."

The new Showcase Cinema de Lux Hanover Crossing was initially announced as part of Showcase Cinemas' sponsorship of the Hingham Harborworks, a longstanding and beloved South Shore tradition. Showcase Cinemas provided the funding needed to bring the fireworks back following a three-year hiatus and had an extensive presence at the Harborworks celebration in September.

Showcase Cinemas has also partnered with the Scituate Arts Association to host the Art of the Movies online auction and benefit event to support the local arts and the work of the SAA. The benefit event will take place at the new cinema on December 4.