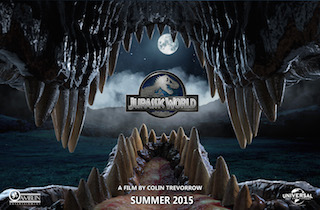 AEG-owned Regal Cinemas L.A. Live Stadium 14, home to the first and only 4DX-equipped theatre in the United States, says it has tripled its revenue in the first year using CJ 4DPlex technology. The 104-seat 4DX auditorium at Regal Cinemas L.A. Live has achieved $1.52 million in revenue attracting 70,000 attendees since opening last year, representing an increase of 88 percent in attendance versus the previous 12 months in the same auditorium prior to the conversion. Jurassic World is now playing in the theatre as it celebrates its first anniversary as a 4DX venue.

“We’re extremely pleased with the first year success of the 4DX theatre at Regal Cinemas L.A. Live Stadium 14. The numbers really prove what we had expected; that audiences would embrace the new technology and unique movie-going experience 4DX affords,” said Shelby Russell, vice president of marketing for L.A. Live.

Since the first commercial U.S. screening of 4DX with Transformers: Age of Extinction on June 26, 2014, 38 4DX films have been showcased at Regal Cinemas L.A. Live Stadium 14. Opening-weekend 4DX performances have been most impressive, with Jurassic World yielding the highest grossing weekend box office, bringing in $55,672 with a 93 percent occupancy rate.  This topped the previous record-holder Avengers: Age of Ultron, which had an opening-weekend 4DX box office of $43,000. Following is a list of the top-performers in 4DX over the past year:

“Regal’s ultimate goal is to create a memorable experience for our moviegoers, and 4DX does just that,” said Greg Dunn, president and COO for Regal Entertainment Group.  “The 4DX auditorium at Regal L.A. Live has been extremely well received attracting moviegoers from all across the area and encouraging guests to sit back and hold on for one of the best theatre experiences the industry has to offer.”

“We are constantly seeking out trailblazing innovations to incorporate into our entertainment destinations such as L.A. Live,” said Todd Goldstein, chief revenue officer at AEG. “It’s clear from these first year revenues and attendance numbers that the partnership has been a huge success, attracting audiences from all over Los Angeles and tourists alike to Regal Cinemas L.A. Live to experience 4DX.”

The 4DX technology from CJ 4DPlex enhances the on-screen visuals of action-packed blockbusters, stimulating all five senses through special effects such as motion, wind, fog, rain, lighting, vibrations and scents to enable a completely immersive event that transcends the traditional cinema experience.

“The first year of 4DX in the United States has proved to be a hit with American audiences,” said Mark Shaw, CEO, CJ 4DPlex America. “We saw great success when we launched 4DX in Brazil, Columbia, Guatemala, Korea, Peru and Russia, and it’s thrilling to see the success it’s having in the influential US market.”