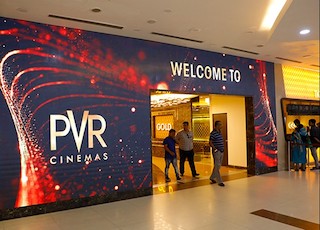 PVR Cinemas has opened Kerala's first Imax in its new a 12-screen multiplex at the Lulu Mall in the state capital, Thiruvananthapuram. The cinema will be opened to the public on December 5.

Sanjeev Kumar Bijli said, "We have had a successful venture with the Lulu Mall. We are thrilled to bring the first [multiplex] in Thiruvananthapuram, which is in line with our expansion strategy in the South.”

"This will be PVR's fourth [multiplex] format in the country after its success in New Delhi, Bengaluru and Noida," Bijli said, adding, "In the last six months, we have had superhits like RRR, PS1, Kantara, Drishyam 2, Top Gun Maverick and many more. Meanwhile, OTTs have also released numerous good movies. Basically, the OTTs and the multiplexes can co-exist. They can provide the viewers a different type of viewing experience."

With this opening, PVR strengthens its growth momentum in its fiscal year 2022-23 with 876 screens at 176 properties in 76 cities of India and Sri Lanka.