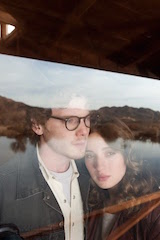 Producer of 3 Idiots (the highest grossing film in Indian history until recently surpassed by Vinod’s latest release PK) and an Academy Award nominee, Chopra assembled an all-American cast and production team for his first English-language film. Vincent D’Onofrio, Thomas Jane and Anton Yelchin star in the tale of orphaned brothers and their ill-fated reunion in a town near the Mexican border. Tom Stern (The Hunger Games) is the director of photography; Todd E. Miller (Transformers) is the editor; and Toby Corbett (Bad Lieutenant) is the production designer. The film, which Stern captured on anamorphic 35mm film, was shot primarily in California’s Death Valley and Mojave Desert.

Post-production at Modern VideoFilm’s Burbank facility spanned several months and involved intensive collaboration with Chopra, his production team, the film’s editorial department, and Prana Studios in Mumbai, where most of the extensive visual effects were produced. Modern VideoFilm account executive Amber Taylor notes that VFX elements were exchanged between Burbank and Mumbai on an almost daily basis. “We worked very closely with Vinod, his post production coordinator Pratik Basu, and the VFX house in India,” Taylor says.

Editorial conforming and final color grading were completed in 2K at Modern’s facility in Burbank. “We helped to guide Vinod and his Indian production team through our DI process, as it is a different way of filmmaking from what they were used to,” recalls Modern VideoFilm DI producer Carl Moore. “We helped them understand how things are done in Hollywood, while respecting their approach. We arrived at a good balance that enabled us to deliver the project successfully.”

Berger was impressed with the results. “It is beautifully photographed by Tom Stern, very cinematic,” he says. “It features wonderful performances and tells a classic Western story from a fresh perspective.”

Chopra says that working with Modern VideoFilm was a wonderful experience. “Coming from India where things are done quite differently, I did not know quite what to expect,” he observes. “Modern made the process smooth and painless and I knew I was in capable hands. My DP Tom Stern and I enjoyed our time at Modern. We established a collaborative rhythm with both the creative and technical teams. Working closely together, we were able to come up with the beautiful final look of the movie. While we were on a tight schedule and limited budget, no effort was spared to make my Hollywood debut look as timeless and classic as I had envisioned from the very beginning.”