Making the Case for Laser Projection

As the cinema business steadily recovers from all the ramifications of the pandemic, exhibitors are faced with a series of decisions to make. They must upgrade their facilities to encourage moviegoers to return; they must cut costs in the face of a challenging global economy; and they must do what they can to address climate change. For a long time now, Wim Buyens, CEO of Cinionic, the consortium consisting of Barco, ALPD, and CGS, has been making the case that installing laser projection addresses to all three concerns. Recent events suggest people are beginning to listen to Buyens. It has been a busy month for Cinionic.

In early October, Cinépolis, Mexico’s largest cinema company, announced an initiative to upgrade more than 2,600 screens to laser projection. The deal brings Laser Projection by Cinionic to a significant portion of the global chain’s nearly 6,700 screens, delivering efficiency and up to 70 percent energy savings for Cinepolis and an elevated viewing experience for their audiences.

At the time of the sale, Miguel Mier, COO, Cinépolis said, “We are very happy to share that Cinépolis is once again taking a step forward in projection technology while improving the immersive experience of watching a film on the big screen by installing laser projection from Cinionic in the most well-attended cinemas in Mexico.” 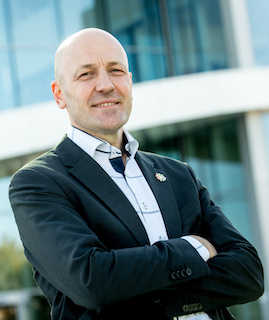 Then, last week, AMC Theatres announced that the Los Angeles market will be the first to be upgraded with Laser at AMC projection technology from Cinionic at nearly all AMC locations. Work is currently underway on AMC’s first major broadscale projector upgrade since the transition to digital with the launch of Laser at AMC.

AMC Burbank 16, AMC Burbank 8 and AMC Burbank 6 are now fully enabled with laser projection technology from Cinionic, and over the next several months, most AMC locations in the Los Angeles area will be upgraded. This groundbreaking initiative is the result of an agreement between AMC and Cinionic, the global leader in laser-powered cinema solutions, to significantly upgrade the on-screen presentation at 3,500 auditoriums throughout the United States, with cutting-edge laser projectors.

“The completion of a full upgrade to laser projection at AMC Burbank 16, AMC Burbank 8 and AMC Burbank 6 represents a crucial first step as we begin introducing this new theatre upgrade, powered by Cinionic, at most of our screens in the greater Los Angeles area over the next few months and thousands of our screens around the United States over the next few years,” said Cynthia Pierce, AMC’s senior vice president, design & construction, facilities, sight & sound. “It’s an exciting development for movie-lovers as we move into the next evolution of on-screen presentation at AMC.” 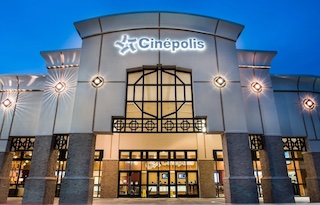 Following those announcements and a ShowEast convention that by all accounts was a success, I spoke with Buyens to get his thoughts on the convention and other topics.

Buyens echoed the belief that ShowEast, which ran from October 17-20 in Miami, Florida, was a success. “It was good to get [people] back together again and be able to spend quality time with the senior people attending the show.”

He said it was a bonus that Cinionic customer – Cinépolis COO Miguel Mier – was named Exhibitor of the Year at the show. “Everybody’s going to laser projection,” said Buyens, “and Cinepolis would rather lead than follow.” 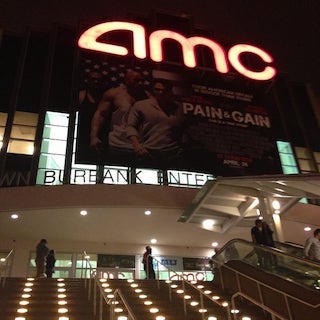 I asked Buyens about the Timewaying HeyLED 20-meter LED cinema screen that was displayed last week at the Meta Cinema Forum in Dubai. Buyens’ answer was much the same as it has been every time I’ve asked him a similar question. He said he had not attended the Dubai show and had not seen the new screen in person for himself.

He did note that Barco develops LED screens for other markets and believes the technology definitely has a place in movie theatre lobbies.

“LED is a helluva technology,” Buyens said. “It looks great, but the price point is still high.” To succeed, the technology needs more volume so production levels can bring down the price to manufacturer it. Cinionic will enter the market if customers ask for it. He said it has been several years since any of his customers have even talked about LED.

Which is where the exhibition business at large finds itself today. Buyens said what everyone knows: exhibitors need more moviegoers. That said, he remains bullish about the long-term prospects for exhibition.

While Buyens thinks the overall box office for this year will still fall short of 2019 numbers, he is optimistic about the prospects for 2023 and beyond.

“There are no certainties,” said Buyens, “but there are strong indications of a successful Q4 in the industry.” He pointed to the upcoming Avatar: The Way of Water and Black Panther: Wakanda Forever as films that seem certain to succeed. “The outlook is positive,” he said.