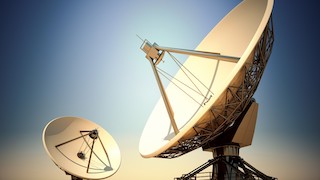 In July 2021, the Digital Cinema Distribution Coalition named longtime film industry veteran Howard Kiedaisch to take the reigns as CEO, in the wake of Randolph Blotky’s decision to step down. DCDC, the satellite network originally formed by AMC Theatres Regal Entertainment Group, Cinemark Theatres, Universal Pictures, and Warner Bros., now has more than 800 sites that can receive exclusive live cinema events. Those sites represent more than 3,100 theatres and more than 33,000 screens across the U.S. Previously, Kiedaisch had been working in the international film and technology space for more than 30 years. Before joining DCDC, he served as CEO of the 4D immersive experience provider, MediaMation, while also working for Guangzhou-based Luxin-Rio which owns Arts Alliance Media, among other assets in the cinema technology space. Prior to that he spent nine years as CEO of AAM, where he oversaw the development of a global cinema software business that now touches more than 45,000 screens worldwide. Kiedaisch has also worked as CFO for Universal Pictures International based in London and as CEO of the international theatrical versioning distribution company, Motion Picture Solutions. I recently spoke with him to get his perspective on his first year at the helm of DCDC. Here is our conversation.

Digital Cinema Report: This month you celebrated your first-year anniversary as CEO of the Digital Cinema Distribution Coalition. What was the biggest surprise for you when you first started the job? 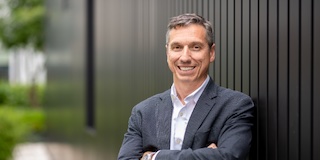 Howard Kiedaisch: Stepping into the job, I wanted to quickly get the lay of the land by meeting with customers on both the distribution and exhibition side as well as business partners and other industry stakeholders. After talking to nearly 100 different people, I was very pleased to find out thateveryone was happy with the performance of DCDC. I had positive feedback on the team at DCDC from everyone I spoke with – and I did push for people to express negative views, but nobody had any. As they say in the UK, “It does what it says on the tin.” That was the good surprise. But coming from an international perspective, I thought we should be able to convert to a terrestrial broadband delivery solution as that is what has happened or is happening in most other well-developed markets around the globe. However, despite being one of, if not the richest country in the world, the US has expensive and inadequate infrastructure.  Though we are pursuing the opportunity to provide a terrestrial broadband solution as part of our offering, it has been really surprising what it costs to put in lines and maintain them.  Also, there are a large number of sites where it isn’t at all economical to install bandwidth to deliver terabytes of content like a cinema requires, at least not now.

DCR: Taking over when the pandemic was still very much a part of everyone’s lives must have added to the challenges. How did you and DCDC deal with COVID-19? 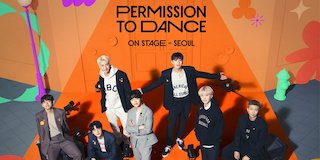 HK: The pandemic obviously had a dramatic impact on the industry, DCDC included. Although we make money from deliveries rather than box office, the number of titles being delivered and the cinemas receiving those titles was significantly curtailed for months. Fortunately, we came together with our business partners at the Deluxe Echostar Hughes Joint Venture who worked with us to help manage cash flow. Fortunately, we also had supportive banking relationships that ensured we remained stable and were ready to jump back into action when the film tap was turned back on.

DCR: In your mind, what has been the company’s biggest success in the past twelve months?

HK: We have continued to add sites to the network and cultivated more content distributors to use the network. We are now at over 3,100 sites that encompass over 33,000 screens. We have managed to lower prices for the first time since we began operations nearly 10 years ago. One area where we really stepped on the gas was with live capability.In the last 12 months we have doubled the number of sites that are capable of showing live content and are now approaching 900 live enable sites. This is exciting as it creates a “must see” reason for people to get out of their homes and enjoy a shared experience. It also benefits both exhibition and distribution as it not only means we can show concerts, sports, and other event cinema content but it allows traditional distributors to eventize their releases with Q&A’s and red-carpet style programming before or after the screening of a film.

DCR: What are the biggest challenges in putting together a live event for a vast network of theatres?

HK: At this point, the technology is proven and very stable allowing DCDC to easily broadcast live content through our network. The challenge is really about acquiring the right content for a reasonable price and how you market that event to get guests into the cinema. Consumers are still being educated about the concept of seeing new forms of entertainment in cinemas as communicating that to the average person on the street cost effectively takes some work. With social media and digital marketing, this task is easier than at any point in history but as we know, there is still a lot of competition for consumers’ time. However, we have known for over 100 years that people love to share a big screen experience with great sound, with a group of fellow fans all cheering together.

DCR: What goals do you have for your second year leading DCDC?

HK: In the near term, we will continue focus on doing what we do best: provide a great service and look to expand the network with a wider range of content from new content providers and bring more sites into the DCDC network while also expanding the number of sites that can show live events. That’s the basic business as usual and the reason DCDC exists. However, we will also be trying to figure out if, how and when a terrestrial solution will become viable on a large scale across the US. That will start with us offering a solution to the 140 sites that are already part of the DCDC network but aren’t able to have a satellite dish on the roof due to legal or logistical issues. Though it is clear cinema is back and will continue to evolve, we will do all we can to help make more content available while doing so at the cheapest price and including the largest number of exhibitors.