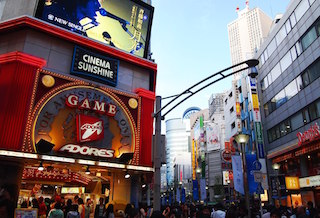 ARHT Media, developer of hologram content through its patented Augmented Reality Holographic Telepresence technology, today announced the first deployment of its technology in a cinema location at Cinema Sunshine Ikebukuro, in Tokyo, Japan.

The company says that ARHT’s Holographic Telepresence at cinemas will allow movie studios to holoport their biggest stars into the theatre to promote their movies via press events, premieres or in-lobby marketing, either live or through pre-recorded messaging.

With ARHT’s technology, cinemas can also use the holographic presentation, telepresence, or both for corporate events or educational programs, especially at non-peak times, thus increasing the capacity utilization and return on investment at these venues.

“We see great potential to generate additional excitement for our cinema locations, and movies by using ARHT Media’s ground-breaking technology,” said Cinema Sunshine CEO, Shinichi Sasaki. “It feels like a special effect you would see in a movie, which ultimately brings a whole new level of enthusiasm and attraction to movie lovers and ultimately our customer base.”

“The ARHT Media platform provides an incredible opportunity for studios to gain major efficiencies from their biggest asset – a movie’s star – when marketing their movie,” said ARHT CEO, Larry O’Reilly. “And cinemas can generate incremental revenue using it as an advertising platform or to enhance corporate and school programs. Congratulations to Cinema Sunshine for being the first with a permanent installation.”