Focusing on the Sound

Re-recording mixer James Wichall fell into the audio business almost by chance while he was working in the legal department at UK-based Ragdoll production company, the team behind the popular Teletubbies children’s television program. It was there that he was first introduced to the possibilities of sound design.

Wichall, who today also serves as a dialogue editor for various TV and film projects, said his fondness for work in sound led him to a staff role for four years, until he decided to go freelance. While he still regularly works with Ragdoll in-house, Wichall also mixes and edits from his home-based studio. Over the course of his career, he has worked on independent and short films, including Fantastic Beasts and Trainspotting 2, as well as a new children’s television series, Bot and the Beasties, which is currently available in the UK. 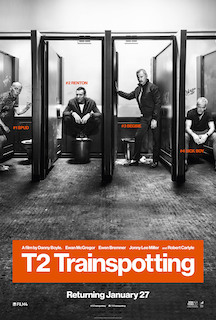 To help support his busy lineup of mixing projects, Wichall relies on Nugen Audio’s Loudness Toolkit and Halo Upmix and Downmix software. When it comes to mixing projects, Wichall says he integrates Nugen’s VisLM and ISL plug-ins throughout the entire process, be it for a heavy mix or something lighter where he is tweaking tracks, such as spreading them out more or adding reverb as needed.

Regardless of the job size, Wichall relies on VisLM and ISL to meet compliance standards, while also retaining the creativity of the audio he is working on. “I’ve used lots of loudness software and there’s not really anything else that’s as good as Nugen,” adds Wichall. “They are very quick and accurate, and I can run a lot of meters together without killing my session, which is always nice. Before the Nugen ISL limiter, I always had an issue with catching those transient peaks, but these tools have been a lifesaver.”

Wichall also says that when he first began to use Nugen’s loudness tools, the ease-of-use and intuitiveness of the visual meters made the transition from Peak Program Meters a breeze.

“I love that all of the visual settings aren’t hidden away and that everything’s just there, ready for me,” he continues. “If there’s too many graphics and other things going on, it can kill your computer’s performance. My focus should be on the sound, not the visuals. Nugen managed to find a great balance in its interface between form and function.”

Wichall also heavily relies on LM-Correct as he says it is a huge time saver to meet loudness standards.

“The LM-Correct plug-in is not overly complex, it just does what it needs to do and saves so much time,” he explains. “Prior to using it, I was metering the audio on my mixes and then just gaining stuff up and down until they matched the way I wanted. LM-Correct just does that for you. It’s a huge time saver and definitely worth the money.”