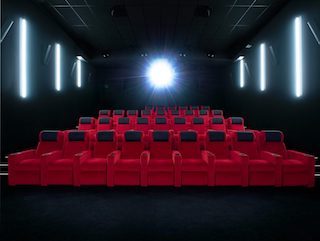 This is the second French cinema to install Flexound Augmented Audio. Cineum Cannes was the first.

“Flexound is an add-on audio system for the main sound system used in the auditorium providing personal audio and vibration,” said Flexound’s chief of cinema Mika Oesch. “No matter where you sit in the auditorium, Flexound gives the extra clarity to the speech and dialogue.”

“In consumer research 96 percent of moviegoers say that the Flexound experience is either good or great,” said Flexound CEO Isak Olevic. “And they are also ready to recommend it to their friends. We offer a genuine competitive advantage against both home entertainment and ordinary cinemas.”