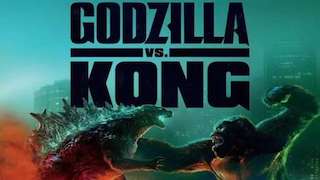 March offered two major signs of recovery for the beleaguered cinema business, according to the latest report from Gower Street Analytics, London. Firstly, there was the impressive international opening of Godzilla vs Kong; the first global hit since the pandemic began over a year ago. Secondly, the long-awaited re-opening of cinemas in New York City and Los Angeles helped the U.S. Domestic market to achieve the highest grossing month in a year. With the first challenging quarter of 2021 behind us, wrote Gower Street analyst Thomas Beranek, the recovery of the global theatrical market, while still fragile, looks as promising as it has in months.

The second highest box office in March was achieved by China with $0.37 billion. A significant drop of -80 percent to the hugely lucrative Chinese New Year month of February. It was the lowest result since November. China’s 2021 box office grew to $2.7 billion within the last month. It is 5 percent and $0.14 billion ahead of the 2017-2019 three-year average for the first quarter of the year.

The stacked bar graph shows total box office levels split out by the three key global markets: Domestic, China and International (excluding China). The pie chart indicates the current deficit compared to the average of the past three (pre-pandemic) years (2017-2019) and where those losses are currently coming from. The bar graph on the bottom right displays the percentage drops globally.

The Domestic market speeded up its growth in March and recorded the first month with a box office higher than $100m since March 2020. As a result of that, the Domestic box office rose from $0.13 billion to $0.24 billion, tracking -91 percent behind the three-year average, a total of -$2.4 billion. 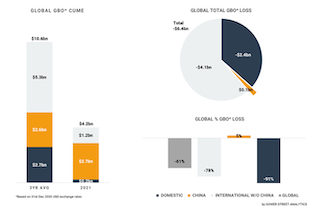 While still performing on a low level, the recovery of the domestic market made significant progress in March. This was less driven by new product, as there was just one major new release with Raya and the Last Dragon; it was mainly a result of increased access to movie theatres. The industry essential market of New York City finally re-opened from March 5 and helped secure the third biggest Domestic weekend ($24.1 million) since the pandemic began. Hollywood’s hometown of Los Angeles returned for the March 19 weekend. Further on the weekend after Washington D.C. saw its first traditional cinemas re-opening in over a year. Due to that the number of movie theaters open by market share rose up to 56 percent at the end of March from 46 percent a month ago. This is the highest number since coming off the peak of 61 percent at the beginning of October.

This should continue to accelerate with Cineworld-owned Regal circuit, the second biggest in the US, beginning re-opening its theaters in April. In Los Angeles cinemas will also be allowed to operate at an increased capacity from April 5, rising from 25 percent (or 100 people) to 50 percent (or 200 people). The improving situation in the Domestic market is good news globally, with studios having been reticent to release major titles, especially with New York and California so impacted.

Supportive in that sense is the globally successful opening of a U.S. title with Godzilla vs Kong, which additionally on its first day in release, Wednesday March 31, achieved by far the strongest Domestic single day revenue of the month.

The international release of Godzilla vs Kong on the final weekend of March was the biggest opening for a US movie since the COVID-19 pandemic began. It achieved an international opening of $123 million from 38 markets. In the 25 Comscore-tracked markets where it opened that weekend it outperformed 2019’s Godzilla: King of the Monsters in 80 percent.

Nearly $70 million of the international Godzilla vs Kong opening weekend was made in China, the best opening for an import title since cinemas there re-opened last July. A proof that foreign titles can still score big in China. A highlight in an otherwise calm month, coming off the highest grossing single month ever in the market. Chinese New Year holdover Hi, Mom was the #2 title of March, achieving $85m of its $825m total within the month. It’s now also at #2 in China’s all-time box office ranking. A re-release of Avatar in China on March 12 also impressed, delivering $53m and pushing the 2009 sci-fi blockbuster back on top of the all-time highest grossing global films list. Another glimpse of hope, given that three more movies are already schedule for this franchise.

The International market (excluding China) continued, as in all months since March last year to be driven by Asia Pacific. Almost three-quarters (70 percent) of the International box office in that period was generated in the region. This is more than double the share of pre-pandemic March (36 percent, avg. 2017-2019).

After Hong Kong was allowed to re-open in February, Malaysia once again did on March 5 as the last major territory in APAC. They were closed since Jan. 12. The market share of cinemas operating returned to 74 percent one week after re-opening, the best level since mid-October last year. It was the best week since February 2020. The main driver, with a market share of 90 percent, was Godzilla vs Kong – the strongest grossing opening week since IP Man 4 in Dec. 2019. 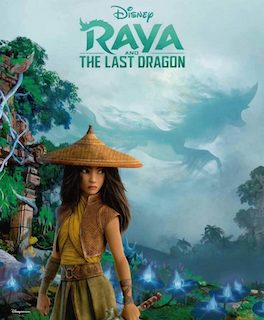 Nevertheless, Japan remains the backbone of APAC’s majority share of International. It contributed 40 percent of APAC’s result in March. The long-anticipated anime Evangelion 3.0+1.0 Thrice Upon a Time was by far the best performing title of the month, grossing $56 million. After a quarter in 2021, Japan is the #2 market in the world and only -30 percent behind the three-year average.

Except for China, Russia is currently still the only Comscore-tracked market that is performing better than that. It is showing a deficit of just -21 percent against the three-year average at the end of March. Russia’s box office cume in 2021 of $171 million, makes it the fourth biggest market in the world. It was just shy of repeating it again in the final week of March, driven by Godzilla vs Kong. The highest grossing movie of the month was Raya and the Last Dragon with $11 million, continuing the post-pandemic success of U.S. animation titles in Russia.

After months of despair at least some good news came from the EMEA region in March besides in Russia. In Spain restrictions were eased and the majority of cinemas re-opened their doors. This increased the number of cinemas open by market share to 85 percent at the end of March, up from 43 percent a month ago. This is the best level since the first week of the year. That provided the framework to record the third biggest play-week since March 2020, in the final week of the month, when Godzilla vs Kong arrived on screen.

In the UAE the same play-week achieved the best result since January 2020. As in Spain it was the combination of an attractive tentpole with Godzilla vs Kong and an increased number of open cinemas. By market share they were at 97 percent at the end of the month coming from 57 percent a month earlier, the highest level since mid-January, thanks to the permitted re-opening in Abu Dhabi and Al Ain plus eased restrictions in other Emirates.

In contrast, most continental European markets continue to struggle with a significant and soaring number of coronavirus cases. Causing extensions of lockdowns and cinemas to remain closed. A wider re-opening of indoor cinemas in the major European markets prior to England’s May 17 date is getting more and more unlikely.

There was some better news in Latin America, fueled by the announcement that cinemas in the city and province of Buenos Aires, the most lucrative region in Brazil, got permission to re-open after nearly a year of closure.