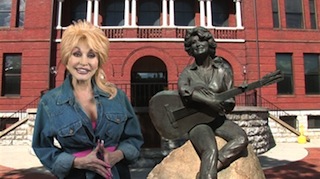 When the city of Sevierville, Tennessee decided to place a 30-second promotional spot in Regal Theaters throughout the US, they went to Cinemarr Studios. Well versed in the draw of Sevierville and its most famous resident, music icon, Dolly Parton, the company produced a feature for the city entitled Sevierville in 3D in 2010.

"This spot was originally created for television, so our challenge was ensuring the spot would translate to the big screen," says Marr. "When you have an icon like Dolly Parton representing your brand, you know the subject matter will be substantial enough. So, my main focus was remixing the spot for surround sound and making sure the technical aspects met Regal Cinema's delivery requirements."

The new promo will be playing in various Regal Cinemas for the next two months.