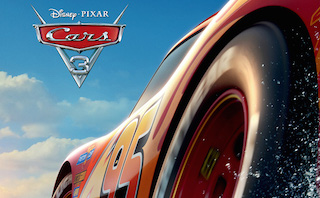 CJ4DPlex has announced that Cars 3 will be the first Disney•Pixar film to be released in the 4DX immersive format.

“We could not have hoped for a better title than Cars 3 as the first Pixar film to be converted into 4DX. We’re confident that our motion seats and environmental effects will bring every racing scene, every well-loved character and every aspect of Pixar’s animation to life,” said Byung Hwan Choi, CEO, CJ 4DPlex.

Cars 3 incorporates automobiles, action and animation, some of 4DX’s most popular and best-fitting themes and genres when it comes to film conversions. The format has a proven success record for the mentioned genres and themes, most recently reinforced with Universal Picture’s eighth installment of the Furious franchise, Fate of the Furious.