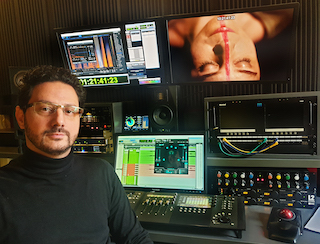 “We are a little team of three here, so, we all wear many hats,” says Mirza Tahirovic, co-owner of Studio Chelia, a professional audio post-production facility in Sarajevo, Bosnia. “I’m a composer, sound editor and recording mixer, but I also do ADR recordings and other corrections when necessary.”

With a very small post-production industry in Bosnia, Tahirovic knew that he needed to travel beyond his country’s borders to learn the intricacies of the industry. After earning professional certifications from Berklee College of Music in the United States and HOFA College in Germany, he returned to Sarajevo and opened Studio Chelia, Today, Tahirovic serves as film score composer, re-recording mixer, sound editor and sound designer for a wide array of television, film, and commercial productions. 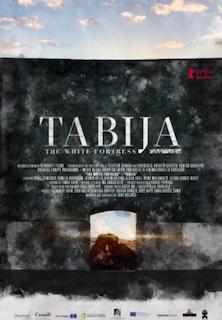 Most recently, Tahirovic is credited for automated dialogue recording/re-recording on the 2021 Bosnian films Tabija and Tako da ne ostane ziva. “No matter what we’re working on, we always implement Nugen Audio software,” he adds.

Purchasing Nugen plug-ins was among the very first things Tahirovic did when opening Studio Chelia. “I bought the complete post-production bundle, which included LM-Correct and ISL; Halo Upmix was not even available yet,” he says. “I knew I needed the bundle immediately to meet the criteria of the types of projects we would be working on. We went with the full post-production collection, as it also included Monofilter, ISL and Stereoizer. All these plugins were placed in our templates and workflow, and things started to immediately work a thousand times better.” 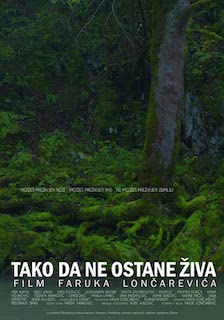 Prior to the launch of Halo Upmix, Tahirovic says he “had the luxury of being a beta tester for other software companies. Once available, Halo Upmix was pushed out as an update to bundle owners and, right after I received it in the download, I stopped using all other upmixers. Like all the Nugen plug-ins we already owned, Halo worked like a charm. LM-Correct, for example, was a game changer for us here because the concept of getting things in line was amazing. We remixed many things, opened a lot of sessions and just started to apply these automated processes.”

According to Tahirovic, the Nugen Post bundle allowed the studio to shorten the time and effort necessary to complete a project, “which in turn lowered the financial expense from the filmmakers. Basically, Nugen provided full quality for much less time and much less money needed to still meet the total standardized criteria. This way, we were not only able to work with the major studios from London, Berlin and Los Angeles, but also still provide services for those who were just getting started in the industry.”

Flexibility on time and finances are things that Tahirovic feels are especially important right now, as areas of the world continue to face the effects of the pandemic. “Budgets are tight and turnaround time is getting shorter,” he adds. “Nugen allows us to have a very flexible and easy approach to all of this. Nugen’s Post bundle gives you options to not only be more creative, but also work more efficiently for a wide array of projects.”

Most recently, Tahirovic also added Nugen’s newest solution – Paragon, a 3D convolution reverb – to the studio’s software toolkit. He plans to implement it on forthcoming projects.