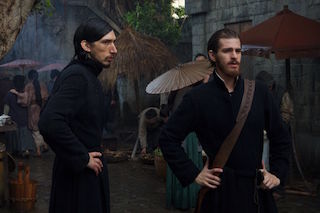 The American Society of Cinematographers has announced nominees in the Theatrical Release and Spotlight categories for the 31st Annual ASC Awards for Outstanding Achievement in Cinematography. Winners will be named on February 4 at the Society’s awards gala held at Hollywood & Highland’s Ray Dolby Ballroom.

Theatrical Release nominees this year include:

This is Prieto’s third ASC nomination. He was previously recognized by the organization for his work on Frida (2003) and Brokeback Mountain (2006). The remaining nominees are first-time contenders.

The ASC also recognizes outstanding cinematography in feature-length projects that are screened at festivals, internationally, or in limited theatrical release with a Spotlight Award. The nominees are:

Lol Crawley, BSC for Childhood of a Leader

Gorka Gomez Andreu, AEC for House of Others

“Each of the nominated films offers a unique vision on the part of the director of photography,” said Kees van Oostrum, ASC president. “These movies also represent a less formulaic or traditional photographic style, and some of their stories highlight socially conscious subject matter that drives a strong surge in photographic realism.”

In 2016, Emmanuel Lubezki, ASC, AMC took home the ASC Theatrical Award for The Revenant. The Spotlight prize was a tie between Adam Arkapaw and Mátyás Erdély for Macbeth and Son of Saul, respectively.