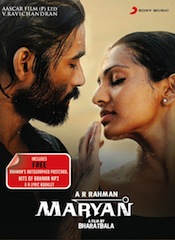 AM Studios, Chennai, one of India’s most famous recording studios, has acquired a Barco Auro 11.1 system to enhance its 3D sound recording capabilities. The sound mixing for Maryan, an upcoming Tamil drama thriller film directed by Bharatbala starring Dhanush and Parvathi Menon was done using Auro 11.1.

Bharatbala said, “Having filmed the movie in accordance with location audio processes optimized for Auro 3D sound, Auro helped me realize the landscape of the movie as an immersive experience. It brought the movie true to life and will immerse the audience in the story in ways I’ve never been able to capture before.”

AM Studios has been a trendsetting recording studio ever since its arrival on the scene in 2005. The studios have an unparalleled history of recording, having worked with some of India’s most celebrated artists, producers, composers, filmmakers and orchestras. The studios have produced countless landmark recordings and remain one of the most technically advanced recording and mixing facilities in the whole of Asia.

The sound engineers of AM Studios first experienced the Auro 11.1 technology during a series of training sessions at Galaxy Studios in Mol, Belgium. On this course, AM Studios’ engineers discovered how the immersive audio of Auro 3D could constitute a distinct asset to their existing facilities, reaffirming the position of AM Studios as the best sound mixing facility in India.

Brian Claypool, senior director strategic business development at Barco, stressed how the excellent relationship with AM Studios has been pivotal in this installation: “All of us at Barco and Auro Technologies are deeply honored to have the support of AM studios in the creation of immersive soundtracks using Auro 11.1 by Barco. The level of professionalism and detail shown by the entire staff and stockholders of AM studios in the implementation of Auro 11.1 by Barco facilitates a speedy adoption and workflow. This will definitely support the adoption of Auro on multiple films, moving it forward and bringing a new sonic experience to audiences in India and worldwide.”

Abel Garamhegyi, managing director, Barco India said, “Barco’s latest product which creates the ultimate premium entertainment experience, Auro 11.1 by Barco reaches the pinnacle of acoustic perfection which we have already achieved in the presentation of motion pictures. The human being is driven by both image and sound and in the movie theatre it is very important to have that combined experience as a total impression on the individual’s mind. Auro 11.1 by Barco has the minimum amount of speakers to achieve the maximum amount of that three-dimensional sound can achieve and this is why more and more cinemas in India realize that this is the best investment. The bookings for the Auro 11.1 halls are much higher than the standard 5.1, we really believe that we capture additional audience with this technology as it can be a very powerful tool against viewing content at home or mobile devices as people can come together and enjoy the overall experience in a way that they can’t get anywhere else.”