For the fifth year in a row, more Sundance Film Festival filmmakers selected Adobe video editing and collaboration tools than any other. This year’s annual Sundance Institute survey found that more than two-thirds (67 percent) of Sundance films used Adobe Premiere Pro or Frame.io to bring their stories to life: Premiere Pro is the festival’s most popular video editing software, used by more than half of Sundance films, including Plan C, Going Varsity in Mariachi, Sometimes I This about Dying, Fremont and many others. 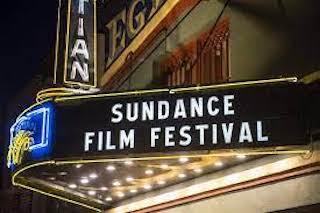 Additionally, Adobe Creative Cloud tools including After Effects, Photoshop and the Substance 3D Collection were used in making three-quarters of the 2023 films. Since the pandemic, hybrid filmmaking has become the norm, making remote collaboration critically important. Adobe says the addition of Frame.io to Creative Cloud is empowering Sundance Film Festival storytellers with innovative, powerful cloud technologies to shoot, cut and review footage alongside anyone, anywhere in the world.

“I love how collaborative and intuitive Premiere Pro is,” said Meredith Perry, editor of Plan C. “Premiere Pro helped us stay on track while editing and offered specific features that were essential to the making of this film, such as the mosaic effect, which offered a flexible, artistic option we used to blur out faces and proved crucial to protecting our participants from violence and/or prosecution." 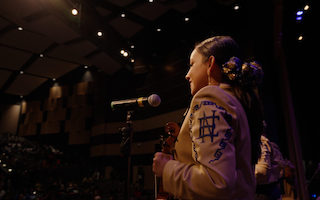 “I’ve been using Frame.io since 2018, and since then, it’s been a game changer for me to be able to collaborate in the cloud with producers during post-production,” said Daniela I. Quiroz, editor of Going Varsity in Mariachi. “It’s integration with Premiere Pro has made the editing process so much more efficient – allowing me to get more work done in a shorter amount of time using Adobe Premiere Pro and Creative Cloud.”

“Premiere Pro worked perfectly for Devotion. It fits quite logically with how I edit and has certain advantages for visual effects, color correction and sound,” said Billy Fox, editor of Devotion, which started streaming on Paramount+ on January 8. “We were working remotely, and Premiere Pro made it easy and efficient to edit anywhere as if we were sitting next to each other in the same facility.”

The Sundance Institute is using Adobe’s video cloud workflow, including Camera to Cloud, Premiere Pro and After Effects, to create the Festival Daily Recap and videos for its social media channels.

“We’ve always been proud of our Daily Recaps,” said Holden Payne, technical director of exhibition for the Sundance Film Festival. “With Adobe’s video cloud workflow, it has allowed our teams to gather content from the far corners of our event to collaboratively turn around a compelling piece of content the next morning, capturing the excitement and amplifying the moment. This improved workflow has loosened the pressure on our creative and editorial teams and will allow them to put great content on the screen.”