Something Different, Station Film Team up for Documentary Seed

Directed by Andrew Wonder and produced by Something Different and Station Film, the documentary Seed follows three Silicon Valley high school students, five college students from Nairobi and an Uber driver from New York as they hone their pitches and eventually present them to a panel of venture capitalists and industry leaders at AngelHack’s ninth annual Global Demo Day. 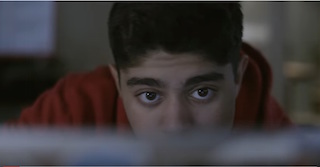 Seed paints a fascinating portrait of a new American Dream spread across a global canvas, and shows that great ideas can originate anywhere and from anyone. “What’s really cool about the story is that it doesn’t matter who you are, where you’re from or how old you are,” said Something Different chief creative Tommy Henvey. “The best idea wins.”

The film was funded with financial support from Hewlett Packard Enterprise.

Filming spanned six months and four continents. Wonder documented winning teams from the competition’s preliminary rounds as they developed their ideas and made the journey to the dramatic culminating event in Silicon Valley.

“Our characters aren’t your expected coders but the outsiders,” said Wonder. “The American high school students who still need their parents to drop them off. The Kenyans who have never been on a plane. The Australians whose team is strong enough to take on any competition and the Palestinian living in his car, sacrificing everything to keep his company alive. Though each of their worlds seem completely different, they are all connected by the same dream.”

Seed is a new area for Something Different, which was formed by Henvey and McConnell last year as an independent creative marketing agency and has produced advertising campaigns for a number of national brands.

Henvey, however, sees the documentary as a sign of the possibilities the agency’s flexible model allows and the freedom it gives them to take on non-traditional projects. “We saw an opportunity to tell a great story,” he explained, “and we were able to bring in the right people to help us tell it. This was new for everyone, but when you have the right partners, you can accomplish big things.”

Seed had its world premiere last month in Austin. The documentary, which is being distributed by Kinonation, is available on Amazon Prime Video.