CJ 4DPlex announced this week that its multi-projection theatre technology ScreenX experienced 30 percent growth this year over last and has reached a worldwide attendance record of 2.6 million moviegoers to date, grossing $25 million at the box office. 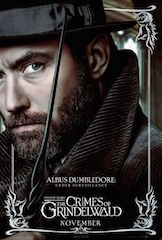 The technology grew from 132 auditoriums in eight countries last year, to 172 theaters across the globe in 16 countries currently in 2018. A significant portion of this year’s expansion comes from the recently announced expansion plan with the Cineworld Group to open 100 locations across the U.S. and Europe. So far there have been eight new ScreenX openings in the U.S. market, nearly tripling its footprint, and 12 new theaters in Europe. A new record for the highest number of openings for a country in a year was set by China with 18 new locations in 2018.

In 2018, ScreenX continued to strengthen partnerships with leading Hollywood studios by doubling the number of content from the previous year, and successfully screening six Hollywood blockbusters in 2018 with titles such as Black Panther, Rampage, Ant-Man and The Wasp, The Meg, The Nun, and Bohemian Rhapsody. The next big titles will be Warner Bros’ Fantastic Beasts: The Crimes of Grindelwald in theaters worldwide beginning November 16, the much anticipated undersea epic Aquaman in December, and leading into 2019 will be the first solo feature of fan-favorite Shazam! confirmed for April.

“This year has been a transformative year for ScreenX not just for the highest attendance and revenue since the inception of the format, but for the excitement and demand the format has generated across the movie business,” said JongRyul Kim, CJ 4DPlex CEO. “ScreenX has garnered support from the studios with the most content ever, in addition to the incredible increasing support in exhibition with 100 additional theaters to be built in the coming years. This was the year we proved ScreenX was a globally successful medium embraced by all sides of the movie business.”