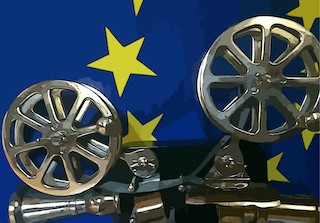 The report is the result of an extensive collaboration project between the European Audiovisual Observatory and the European Film Agency Research Network. It was authored by Martin Kanzler, deputy head of the observatory’s department for market information.

The report aims at providing concrete annual snapshot figures on how European theatrical fiction films are being financed. This analysis offers a big-picture, a pan-European perspective, and complements work done at national levels. It provides unique fact-based insights on a wide variety of research questions, from the quantification of the average budget of theatrical European fiction films, to the importance of individual financing sources.

The data sample studied suggests that the mean budget of a European theatrical fiction film released in 2018 represented EUR 3.16 million while the median sample budget amounted to EUR 1.93 million. However, average budgets differ widely among countries. Not surprisingly, average budgets are higher in larger markets and lower in countries with lower box-office potential, as exploitation in national markets remains key for most films. The median budget of a European fiction film originating from France, Germany, Italy or the UK (the large markets included in the sample) amounted to EUR 2.8 million in 2018 compared to EUR 1.7 million for fiction films produced in a medium-sized European market and EUR 1.2 million for fiction films from small markets.

However, there appear to be significant structural differences among countries concerning the way in which theatrical fiction films are financed. Some of these differences are apparently linked to market size.

In contrast, the importance of pre-sales (other than those to broadcasters) as a financing source decreases with market size. Pre-sales tend to be most important in large markets, where they in 2018 accounted for 17 percent, compared to ‘only’ 8 percent in medium-sized and small sample markets.