New Members Appointed to the National Film Preservation Board

Librarian of Congress Carla Hayden has announced the latest appointments to the 44-member National Film Preservation Board. The board advises Hayden on annual selections to the National Film Registry as well as national film preservation policy. 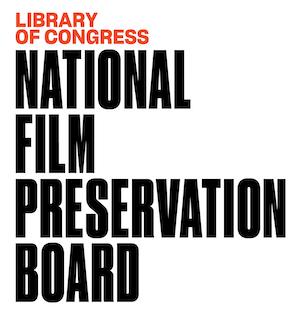 The 44-person board represents many parts of the film community, including film studios, artist guilds, nonprofit archives, educators, and technical experts. Film preservation is complicated and faces daunting challenges, so board members work collaboratively to forge creative partnerships to save the nation’s motion picture heritage.

“We are proud to welcome the new members of the National Film Preservation Board, a congressional advisory body that must reflect the diversity of America in our ongoing work to preserve America’s film heritage in our national collections,” Hayden said. “We are grateful to the new and returning board members, who represent the broad film community, for their collaboration with the Library of Congress.”

The board is chaired by Jacqueline Stewart, chief artistic and programming director of the Academy Museum of Motion Pictures in Los Angeles, who is also a noted film scholar, curator, archivist, and educator.

“This board is so impressive in the range and the depth of film expertise it represents,” Stewart said. “I look forward to working with this group of colleagues, and with Dr. Hayden, to advocate for film preservation and to ensure that films reflecting the true diversity of film artists, audiences and stories are given the care and exposure they deserve.”

Board members are appointed by the Librarian of Congress and serve four-year terms. Originally, a 26-member Board, Congress subsequently expanded the National Film Preservation Board’s mission and size to 44 members and has reauthorized the legislation six times, most recently in 2016.