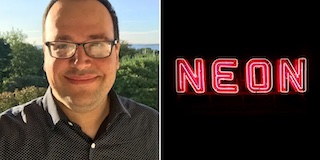 “Andrew’s knowledge of players, platforms and the history of cinema all converge to make him a one-of-a-kind executive,” said Tom Quinn, CEO, and founder of Neon. “He’s been here since the beginning, and we look forward to growing Neon together.”

During his more than twenty years in the film and TV industry, Brown has been at the forefront of the digital video business, starting with Rainbow Media (now Altice) and Indemand. He took over the expansion and development of Time Warner Cable’s video on demand service in 2006, making it one of the largest streaming video platforms in the country.

Brown joined Neon as senior vice president of digital distribution and strategy following the acquisition of Time Warner Cable by Charter in 2016, becoming co-chairman of Deckel in 2021.

As a production and distribution company, Neon has earned 19 Academy Award nominations and five wins, including Best Picture, in just five years, seeing its films gross more than $200 million at the box office.