The Society of Motion Picture and Television Engineers today announced final approval of its nomination of Andy Maltz as 2018-2020 chair of ISO/TC 36, the International Organization for Standardization group dedicated to cinematography. Maltz, who is managing director of the Academy of Motion Picture Arts and Sciences' Science and Technology Council, will serve as chair-elect in 2017 as SMPTE member Julian Pinn, the current chair, serves out his term after nine years in the role. 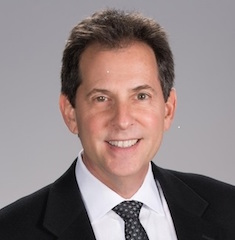 "I am honored to have been nominated by SMPTE for this role," said Maltz. "It is an exciting time in the development of cinema standards, and I look forward to continuing the excellent work done by Julian and the ISO/TC group as a whole."

Maltz is responsible for developing and implementing the Academy's Science and Technology Council's operational plan, for administering the Council's day-to-day operations, for allocating individual contributions to selected Council initiatives, and for representing the Academy on science and technology issues at industry, government, and academic forums. Maltz co-authored The Digital Dilemma and The Digital Dilemma 2, the Academy's landmark reports on long-term preservation of digital motion pictures. He is the project director for the Academy Color Encoding System, an industry-developed platform for color management, digital image interchange, and long-term archiving.

Maltz was previously CEO of Avica Technology, where he led the first worldwide commercial deployment of digital cinema servers, drove the development of key technologies for digital cinema, and was heavily involved with the digital releases of many major motion pictures in the U.S., Europe, and Asia. He has also served on the U.S. National Archives Public Advisory Committee for Electronic Records Archives for eight years, is an associate member of the American Society of Cinematographers, and is a SMPTE fellow, serving on several technology committees and the SMPTE Motion Imaging Journal Board of Editors.