Kinepolis Reports Strong Recovery in First Half of 2022

Kinepolis announced today that it recorded a strong recovery in its operating results and free cash flow in the first half of 2022. The group saw a progressive recovery in cinema attendance in all countries, with including countries that initially were underperforming. The summer holiday season, though, started promisingly, but was then plagued by the heat wave, the company said. 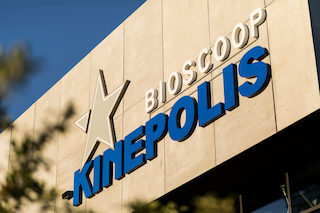 Kinepolis Group CEO Eddy Duquenne said, “I’m proud of the company's financial recovery and the strength that we are regaining to focus on further internal and external expansion. Blockbusters are playing an important part in the recovery of cinema attendance, and we expect medium-sized and local films to also reach their full potential in the coming months.”

Kinepolis said it welcomed five times more visitors in the first half of 2022 than in the first half of 2021, or 77.2 percent of visitors compared to the same period in 2019. While COVID measures were still in force in most countries in the first quarter, with the Dutch and some of the Canadian cinemas remaining closed until the end of January, all cinemas were free of measures in the second quarter. In the month of June, Top Gun: Maverick, Jurassic World Dominion and Elvis ensured a recovery in the number of visitors to 107.0 percent compared to June 2019.

Average sales per visitor remained high, the company reported, driven by a high demand for experience and premium products, which has led to a faster recovery in visitor-related revenue compared to the visitors. The other business lines also recorded a smooth recovery, particularly business-to-business activities, thanks to a significant increase in corporate events.

The company said the regained financial strength will allow Kinepolis to focus further on external expansion and the upgrading its offering.