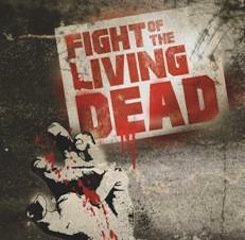 The first two projects to go into production are Fight of the Living Dead, a hybrid-reality series set to shoot in Los Angeles in May and the feature film Villisca, which unravels the mystery surrounding one of the most haunted houses in America. Ketchum co-founder and principal Kevin Abrams and BlackBoxTV founder and creator Tony Valenzuela made the announcement.

A competition series with horror overtones, Fight of the Living Dead is an unprecedented mash-up of the reality and scripted genres.  The show will follow six top YouTube stars as they attempt to survive the first 24-hours of a highly simulated Zombie Apocalypse.  What they do to eliminate each other fromthe competition while trying to survive the Undead’s relentlessly grisly, and frighteningly realistic, onslaught will thrill bloodthirsty audiences across all platforms.  It’s a case study in transitioning homegrown talent from the web onto the larger media landscape by employing the massive digital reach of each cast member as well as BlackBoxTV, resulting in a launch viewership base of over 10 million.

Another project emerging from this alliance is the feature film Villisca. Villisca focuses on the paranormal repercussions of what many consider to be the most horrifying unsolved murders in the United States.  Now used as a tourist destination, the Villisca Axe Murder House has terrified visitors from around the world and is considered one of the most haunted houses in America.  The film follows the present day story of three troubled teens who decide to break in and spend the night at the house - forever changing who they are and what is known about the original murders.  “I spent a night in the house where the murders took place,” says BlackBoxTV's Valenzuela.  “The experience was one of the scariest in my life and this movie gives me the chance to finally share this story with the public.”

Villisca is written and directed by Valenzuela. Executive producers are Ketchum principals Abrams, Maury Gallagher, and Patrick Weir (The Other Shore) and Seth Caplan (Flatland, In Search of a Midnight Kiss, The Young Kieslowski) is the producer.  BlackBoxTV’s YouTube channel will serve as a destination for special features, viral content and behind-the-scenesfootage released in support of the film.  Villisca is set for a cross-platform release in 2014.  The film was shot in and around Los Angeles, as well as the YouTube Space LA production facility in Playa Del Rey.

“The goal of Ketchum Labs is to find new and exciting ways to bring content to the conversation,” says Ketchum’s Abrams.  “We think we’ve done just that by partnering with Tony Valenzuela and BlackBoxTV.   Nobody gets genre material like Tony Valenzuela.  He embodies the entrepreneurial creative voice that will help us to re-invent content and how it gets to a 21st Century consumer, and we’re ecstatic to provide him the resources to build his brand and channel.”