SAWA Global Cinema Advertising Association has announced that Kathryn Jacob OBE has been named president-elect of the global trade body. Jacob will assume the role when Florian Weischer, CEO Weischer.Cinema, steps down after an eight-year term on August 1. She will be the first female president in SAWA’s 68-year history. 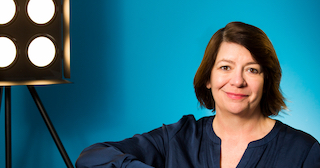 Jacob has served on the SAWA Board as Director since 2018. She is CEO of the cinema advertising giant Pearl and Dean in the UK and has been a leader and innovator in the cinema medium since her appointment to the role in 2006. In 2016 she co-authored The Glass Wall, a book which addresses career progression for women and for businesses seeking to support female talent. Jacob sits on the development board of RADA and the Council and Board of the Advertising Association.

“Following Florian is a huge honor for me,” said Ms. Jacob. “His leadership has been crucial in this time of major shifts in the media landscape. SAWA, as the only global trade body, has always been forward thinking and fully inclusive, continually reflecting the concerns and interests of the audiences we serve.”

Reflecting on SAWA and the challenges the global cinema medium has come to bear due to the COVID-19 virus, Weischer noted, “The past two years have been some of the most challenging for our industry. With 2022 starting as a year of cinema’s recovery in many markets, it is a good point in time to shift the role of president. Kathryn’s passion and knowledge makes her the perfect person to represent the global screen advertising industry in a highly competitive digital environment. In addition, Scott will be an asset to SAWA’s slate of officers – bringing a fresh perspective and deeply-rooted advertising experience. Looking back at my tenure, it seems as if this iconic medium has achieved a lot, even in the last two challenging years.”

One of those accomplishments has been through its commitment, since 2015, to supporting the United Nations Sustainable Development Goals, which has lifted the medium’s profile around the world. In recognition of those efforts to repair the world, on Wednesday, May 11, Jacob will accept the inaugural United Nations Development Programme Frankie Award for Climate Action. The honor recognizes SAWA and the global cinema medium’s tremendous efforts to screen a 60-second spot on the immediate need for climate action. The ad will run in cinemas in 30 countries during a two-month campaign.

Jacob noted, “For us to be a part of the work of the UN is a huge source of pride and an immense privilege for all of us involved in the global cinema medium.

Recounting her years working with Weischer, SAWA’s CEO Cheryl Wannell said, “Working with Florian has been an absolute pleasure. His guiding hand for SAWA has been steady and strong. As a global trade body, together, we have achieved some very exciting milestones. I now look forward to working with Kathryn, Scott, and the entire Board to further advance SAWA and the cinema medium’s share of the global advertising market.”