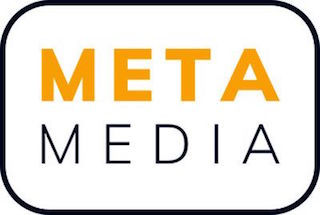 When cinemas began to upgrade from 35 mm film to digital technology 20 years ago, technology and bandwidth constraints made it difficult and expensive to access or deliver content over IP networks. MetaMedia says its distribution platform, the MetaMedia Entertainment Network, solves these issues and provides secure, rapid and cost-saving delivery of movies, trailers, live-streamed events and other big-screen programming to cinemas.

"MetaMedia was borne out of our team's passion for the big screen cinematic experience and for new technologies that propel this entertainment medium forward," said Brenek. "By connecting cinemas to MetaMedia's global cloud-based broadband network, we will introduce game-changing, leading-edge innovation and programming opportunities that will elevate the cinema-going experience to the next level."

Frank Bryant as Chief Commercial Officer and Head of International, who served as the head of Dolby Cinema, International Digital Distribution for 21st Century Fox and held senior positions at The Walt Disney Company and Sony Pictures.