The Digital Cinema Distribution Coalition has announced that longtime film industry veteran Howard Kiedaisch will take the reigns as CEO, effective July 7. Kiedaisch succeeds Randolph “Randy” Blotky, who is stepping down as CEO. 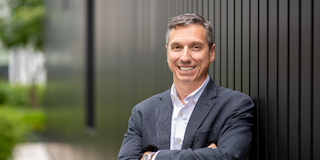 Kiedaisch joins DCDC as CEO after working in the international film and technology space for more than 30 years. Most recently, he served as CEO of 4D immersive experience provider, MediaMation, while also working for Guangzhou based Luxin-Rio which owns Arts Alliance Media, among other assets in the cinema technology space.

Prior to that he spent nine years as CEO of AAM, where he oversaw the development of a global cinema software business that now touches more than 45,000 screens worldwide. Kiedaisch has also worked as CFO for Universal Pictures International based in London and as CEO of the international theatrical versioning distribution company, Motion Picture Solutions.

“With the dedicated support of the investors and industry partners, Randy and the DCDC team have created a valuable network from which we can continue to build an important platform that will serve the theatrical supply chain expanding the reach and diversity of content while also improving the efficiency,” said Kiedaisch. “Now, more than ever, it is necessary for distribution and exhibition to work closely together to benefit the industry and ultimately the end consumer.”

Blotky has been engaged with DCDC in its planning and preparation stages since 2010 and has led the company as CEO since 2013. During that time, DCDC has grown to serve more than 60 content-providing customers and over 370 theatrical exhibitors, and nearly 3,000 sites with more than 32,000 screens in the United States.

Said Blotky, “It has been an honor and a privilege to nurture and lead DCDC as it has become the industry standard bearer for reliable, cost effective digital content delivery to theatres across the country.”

“Howard Kiedaisch’s many years of leadership and success in the cinema technology space made him a perfect match for DCDC and we are thrilled to welcome him as CEO,” said Cynthia Pierce, senior vice president, facilities/sight & sound AMC and member of DCDC’s board of directors. “On behalf of the entire DCDC leadership team we thank Randy for his years of leadership and for guiding DCDC to its place as the industry leader in content distribution in the theatrical exhibition space.”