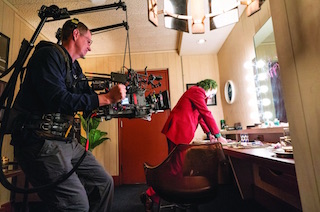 The awards were presented on Saturday, January 18 during the Lifetime Achievement Awards at the Loews Hollywood Hotel. The star-studded night was streamed live to thousands internationally while more than 500 industry professionals and iconic celebrities celebrated the achievements of exceptional filmmakers and crews.

Haley topped a talented group of nominees in the film category including: Sam Ellison (A Beautiful Day in the Neighborhood); Craig Haagensen, (Motherless Brooklyn), David Luckenbach, (Ford vs Ferrari); and Dale Myrand, (Knives Out).

The Society of Camera Operators http://socawards.com/